Adi Godrej, chairman of the $5-billion Godrej Group, expects the introduction of the goods and services tax, the biggest economic reform in the last 70 years, to give a big boost to consumption and help companies grow. 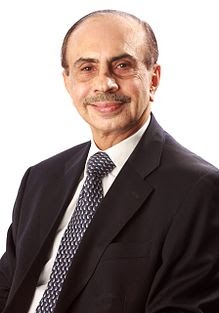 The combined effect of the GST implementation could drive up the country's overall economic growth and the economy by 150 basis points, driving up GDP growth rate above 8-9 per cent levels.

''By 2050, I expect India to become the largest economy in the world by purchasing power parity,'' Godrej is reported to have told the Hindu BusinessLine in an interview.

The Godrej group, which has interests in a whole lot of businesses, ranging from property and retail, locks and furniture, soaps, animal feed to manufacture of engines to power India's space programme, pins great hopes on the current economic reforms, especially on the taxation front.

While the Indian economy has been on a reform course over the past 25 years and the economy has grown reasonably well during the period, Godrej says the GST has impacted the Q1 performance of most companies.

Godrej Consumer Products has benefited the most because FMCG was more impacted due to dealer down stocking but other businesses were less affected, Godrej told BusinessLine.

''We expect FMCG will be much better in Q2 and even better in the second-half of the financial year. The wholesale channel may not have fully recovered, but Q2 will be much better than Q1. This will be on the back of GST recovery. Once GST is smooth, it will have a huge impact as GDP will go up, business will go up and it has already started from July onwards.

''The wholesale channel will have to change its ways of dealing with cash. I do not think there will be a problem,'' the newspaper quoted Godrej as saying.

Godrej also expects company valuations to improve with increasing turnover post GST, even as he said his company may look at acquisition depending upon valuations and attractiveness of the businesses.

India will do well and GDP rate will accelerate. But, he said, while a lot of reforms are coming in companies should make sure to leverage it properly.