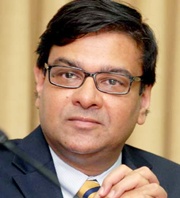 The Monetary Policy Committee (MPC) of the Reserve Bank of India (RBI) at its bi-monthly meeting today decided to keep its monetary policy unchanged on the basis of an assessment of the current and evolving macroeconomic situation.

Accordingly, the MPC kept the policy repo rate under the liquidity adjustment facility (LAF) unchanged at 6.25 per cent.

Consequently, the reverse repo rate under the LAF remains unchanged at 5.75 per cent, and the marginal standing facility (MSF) rate and the Bank Rate at 6.75 per cent.

''The decision of the MPC is consistent with a neutral stance of monetary policy in consonance with the objective of achieving consumer price index (CPI) inflation at 5 per cent by Q4 of 2016-17 and the medium-term target of 4 per cent within a band of +/- 2 per cent, while supporting growth,'' RBI stated in a release.

While the large overhang of liquidity consequent upon demonetisation weighed on money markets in December, from mid-January rebalancing has been underway with expansion of currency in circulation and new bank notes being injected into the system at an accelerated pace, MPC noted.

Throughout this period, the Reserve Bank's market operations have been in liquidity absorption mode.

Money market rates remained aligned with the policy repo rate albeit with a soft bias, with the weighted average call money rate (WACR) averaging 18 basis points below the policy rate during December and January, RBI stated.

On the external sector, export growth remained in the positive zone for the fourth month in succession in December. Imports other than petroleum oil and lubricants (POL) came out of the spike in November and moderated in December. On the whole, the current account deficit is likely to remain muted and below 1 per cent of GDP in 2016-17.

While the buoyancy in net foreign direct investment was sustained, there have been portfolio outflows beginning October, RBI noted.

During the previous monetary policy meeting, headline inflation was projected at 5 per cent in Q4 of 2016-17 with risks lower than before but still tilted to the upside.

RBI said the decline in headline CPI inflation in November and December has been larger than expected, but almost exclusively on the back of deflation in vegetables and pulses. While the seasonal ebb in the prices of vegetables that usually occurs with the onset of winter as well as some demand compression may have contributed to this outcome, RBI noted.

The committee expects inflation excluding food and fuel to set a floor on further downward movements in headline inflation and trigger second-order effects. Nevertheless, it said, headline CPI inflation in Q4 of 2016-17 is likely to be below 5 per cent.

RBI said the MPC has also taken note of a projected pick-up in global economic growth after slowing down in the year gone by.

Advanced economies (AEs) are expected to build upon the slow gathering of momentum that started in the second half of 2016, led by the US and Japan. However, uncertainty surrounds the direction of US macroeconomic policies with potential global spillovers.

Inflation is edging up on the back of rising energy prices and a mild firming up of demand. However, global trade remains subdued due to an increasing tendency towards protectionist policies and heightened political tensions.