An expected hike in service tax rates in the coming budget from the current 15 per cent would take away all other tax incentives that finance minister Arun Jaitley may offer in the budget proposals for 2017-18. 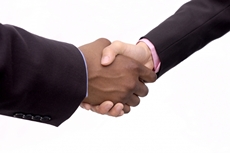 The finance minister is widely expected to hike service tax rate to 16-18 per cent from the current 15 per cent in the Budget, due on Wednesday, ahead of the rollout of the goods and services tax (GST) in July.

The finance minister would attempt to take the rates closer to the proposed tax slabs for GST, which will subsume central and state levies like excise duty, service tax and VAT.

The hike in service tax will make most services, including air and rail travel, hotel food, phone bills and a host of other services expensive.

The existing service tax rate is 14 per cent. Along with 0.50 per cent Krishi and Swach Bharat cess, the effective service tax becomes 15 per cent.

This will subsume whatever exemptions or tax reliefs that the budget 2017-18 may offer for the common man.

A hike in service tax during the coming fiscal will help the government earn more revenue to meet expenses on schemes and programmes it may be planning to offset the ill effects of demonetisation.

A service tax rate closer to the GST rate will also help consumers avoid a greater price shock when the new national sales tax is rolled out.

While service tax until now is a central levy, it will be equally split between the centre and states under the new GST regime. Most services, except essential ones like primary healthcare and basic education, will be covered by GST.

In the last budget, the finance minister imposed a Krishi Kalyan Cess at the rate of 0.5 per cent on all taxable services to take the levy to 15 per cent.