Demonetisation will have a "negative" impact on growth in the short run but for the full fiscal, the decline in gross domestic product would be "relatively moderate", Fitch Ratings said today. 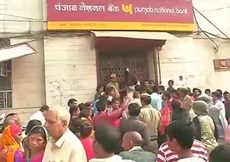 The ratings agency expects India's GDP growth to trend higher than China's in the medium term, adding that it would accelerate next fiscal on the back of reforms and monetary policy easing.

"The impact on GDP growth is clearly going to be negative in the short run and depends to a large extent on how long the cash crunch is going to take.

"A significant decline in the growth number for this quarter is highly likely, but for the fiscal year as a whole the decline may still be relatively moderate," Fitch Asia-Pacific Sovereigns Group director Thomas Rookmaaker said.

He, however, said that there are many elements to the demonetisation exercise, which makes it difficult to quantify its impact on real GDP growth.

"In India we expect GDP growth to accelerate in FY2018 on the back of reform implementation, monetary easing of the past year and infrastructure spending," Rookmaaker added.

Listing out the positives of demonetisation, he said it may improve the fiscal position to the extent more earnings will be declared and a transfer is possible from the Reserve Bank of India to the government of the seigniorage [profit made by a government by issuing currency] earned from unchanged notes.

"A stronger revenue intake would be positive from a rating perspective, as the fiscal position forms the Achilles heel in India's sovereign credit profile, given the high general government debt burden and fiscal deficit compared with peers," Rookmaaker said.

Beyond the immediate policy issues of managing the cash crunch as best as possible and trying to mitigate the worst side-effects, it would be interesting to see what further steps the government will take to formalise the economy and structurally generate higher government revenues, Fitch said.

India's economy expanded at 7.6 per cent in 2015-16, and the finance ministry's Economic Survey has projected growth to be between 7-7.75 per cent this fiscal.

Rookmaaker said that the macroeconomic effects of the cash crunch include a temporary delay of consumption and investment, disrupted supply chains, farmers being unable to buy inputs, and some loss in productivity due to time lost to deal with cash issues.

"People find inventive ways around the cash crunch as well - there is always the art of 'jugaad'. At the same time, this seems to suggest that demonetisation is a one-off event and is not likely to generate a significant structural shift of activity from the informal to the formal sector," he added.

Fitch expects India's GDP growth to trend higher than China's in the medium term as a continued increase in leverage in the broader Chinese economy is more and more becoming a burden for growth.

For China, Fitch forecasts real GDP growth of 6.4 per cent in 2017, down from a projected 6.7 per cent in 2016, due to the impact of recent macro-prudential tightening measures targeting the housing market.