Coming down heavily on Prime Minister Narendra Modi's demonetisation drive, former US Treasury Secretary Lawrence H Summers said he not just doubts the lasting benefit of the "chaos-causing" currency reform, but feels it has resulted in "loss of trust" in the government, even as it will be unable to prevent corruption. 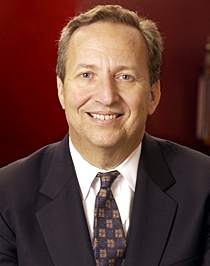 In his blog written jointly with Natasha Sarin, a PhD candidate in economics at Harvard University, 'Larry' Summers, a former chief economist of the World Bank, said most free societies would rather let several criminals go free than convict an innocent man.

"In the same way, for the government to expropriate from even a few innocent victims who, for one reason or another, do not manage to convert their money, is highly problematic," the blog said.

Moreover, the definition of what is illegal or corrupt is open to debate given the long-standing commercial practices in India, Summers added.

He and Sarin said there are also questions of equity and efficacy. "This is by far the most sweeping change in currency policy that has occurred anywhere in the world in decades," says the blog, expressing surprise at the dramatic action to demonetise Rs1,000 and Rs500 notes.

"It is the imminent prospect of notes currently held becoming worthless that has created such alarm and disruption in India. Small and medium-sized merchants have seen their shops (which transact mostly in cash) deserted and ordinary Indian citizens have spent the last week in line outside banks hoping to be able to exchange their cash holdings for legal tender," it says.

Summers says even as many people hold large quantities of ill-gotten cash in India, raising the temptation to expropriate such assets, there are also those who have come by their wealth legally and have nothing to fear in exchanging the old notes for new ones.

The blog also goes on to question the equity and efficacy of the move and says there are strong possibilities that the largest amount of ill-gotten wealth is not held in cash but in foreign exchange, gold, bitcoin (digital currency) or some other store of value.

"So it is petty fortunes, not the hugest and most problematic ones, that are being targeted," the blog says, adding, "Without new measures to combat corruption, we doubt that this currency reform will have lasting benefits. Corruption will continue albeit with slightly different arrangements."

On balance, he says, one was not enthusiastic previously about the idea of withdrawing existing notes from circulation because the costs were perceived to exceed the benefits. "The ongoing chaos in India and the resulting loss of trust in government fortify us in this judgement."