Anyone having an undisclosed bank account abroad will now have to pay tax and a penalty on the sum of deposits made since opening the account, according to the rules notified under the Black Money (Undisclosed Foreign Income and Assets) and Imposition of Tax Act, 2015. 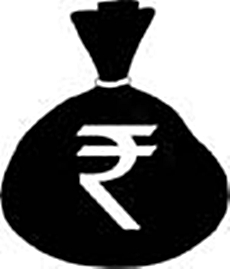 The government on Friday notified the Black Money (Undisclosed Foreign Income and Assets) and Imposition of Tax Rules, 2015, which provides for implementation of a one-time compliance window.

The rules provide for the method of determination of fair market value of an undisclosed foreign asset as also prescribe valuation norms for bullion and jewellery (including precious stones), immovable property, archaeological collections and paintings, shares (both listed and unlisted), as well as bank accounts.

The declaration under section 59 of the Act may be filed on or before 30 September 2015 in the prescribed Form 6 before the designated commissioner of income tax.

This is to give the account holder an opportunity to declare undisclosed assets. The declarant will get a further three months to pay the tax and penalty.

The rate of tax will be 30 per cent, with an equal amount payable as penalty.

Once the window closes, the rate of tax will remain at 30 per cent but the penalty will be three times the tax - or 90 per cent - besides possible criminal prosecution and jail term.

For valuation of bank accounts, some safeguards have been provided to avoid double counting. It has been made clear that only fresh deposits since the date of opening will be taken into account and not the ''proceed of withdrawal''. For bullion, jewellery and precious stones, the value will be the price these would fetch if sold in the open market on the valuation date. The assessee can get the valuation done by a recognised government agency abroad or in India.

The same principles will be followed for valuing immovable property as well as archaeological collections, drawings, paintings and sculptures or work of art.

For valuing shares and securities of listed entities, the rules envisage that the fair market value will be the higher of the cost of acquisition or average of the lowest and highest price on the date of valuation. There is also a formula for calculating the fair market value of unquoted equity shares and a methodology for calculating the interest of a person in a partnership firm, association of persons or limited liability partnership.

The Reserve Bank's reference rate on the date of valuation will be used for converting the value of foreign assets and income into rupees. The rules also prescribe the format of notices to be sent to persons holding undisclosed assets and the format of appeals to the Commissioner (Appeals) and the Appellate Tribunal.

The Commissioner of Income Tax (International Tax)-2, Pratyaksh Kar Bhavan, SPM Civic Centre, Minto Road, New Delhi-110002 has been designated to receive the declarations. The designated commissioner of income tax will inform the declarant by 31 October 2015 whether the competent authority already has any information in respect of the asset(s) declared.

The declarant will be allowed to revise his declaration within 15 days of receipt of the intimation from the commissioner of income tax. The tax and penalty on the value of undisclosed foreign assets declared is required to be paid by 31 December 2015. Upon payment of tax and penalty, the commissioner of income tax will issue an acknowledgement in Form 7 of the black money rules to the declarant.

Rule 3 of the rules prescribe the manner in which the fair market value of the assets is to be determined.