The government today introduced a comprehensive new legislation on black money in the Lok Sabha that would specifically deal with black money stashed abroad. 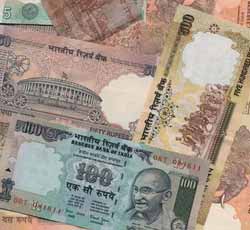 The bill provides for separate taxation of any undisclosed income in relation to foreign income and assets. Such income will henceforth not be taxed under the Income-tax Act but under the stringent provisions of the proposed new legislation.

The bill, titled `Undisclosed Foreign Income and Assets (Imposition of New Tax) Bill, 2015,' provides for imprisonment up to 10 years for concealing a foreign account, tax at the rate of 30 per cent along with penalty at the rate of 300 per cent of tax dues. The bill also proposes to do away with compounding of offences and settlements.

The bill, however, provides for a small window for those holding overseas assets to declare their wealth, pay taxes and penalties to escape punitive action.

The bill proposes to make concealment of income and evasion of tax in relation to a foreign asset a 'predicate offence' under the Prevention of Money Laundering Act (PMLA) , which will enable the enforcement agencies to attach and confiscate the accounted assets held abroad and launch proceedings.

It also seeks to make non-filing of income-tax returns or filing of returns with inadequate disclosure of foreign assets liable for prosecution, with punishment of rigorous imprisonment of up to 7 years.

Violation of the provisions of the proposed new legislation will entail stringent penalties.

Failure to furnish return in respect of foreign income or assets will attract a penalty of Rs10 lakh. The same amount of penalty is prescribed for cases where the assessee has filed a return of income, but has not disclosed the foreign income and asset or has furnished inaccurate particulars of the same.

The bill proposes enhanced punishment for various types of violations.

The punishment for willful attempt to evade tax in relation to a foreign income or an asset located outside India will be rigorous imprisonment from three years to ten years. In addition, it will also entail a fine.

Failure to furnish a return in respect of foreign assets and bank accounts or income will be punishable with rigorous imprisonment for a term of six months to seven years.

The same term of punishment is prescribed for cases where although the assessee has filed a return of income, but has not disclosed the foreign asset or has furnished inaccurate particulars of the same.

These provisions will also apply to beneficial owners or beneficiaries of such illegal foreign assets.

Abetment or inducement of another person to make a false return or a false account or statement or declaration under the Act will be punishable with rigorous imprisonment from six months to seven years.

This provision will also apply to banks and financial institutions aiding in concealment of foreign income or assets of resident Indians or falsification of documents.

Safeguards
The principles of natural justice and due process of law have been embedded in the Act by laying down the requirement of mandatory issue of notices to the person against whom proceedings are being initiated, grant of opportunity of being heard, necessity of taking the evidence produced by him into account, recording of reasons, passing of orders in writing, limitation of time for various actions of the tax authority, etc.

Further, the right of appeal has been protected by providing for appeals to the Income-tax Appellate Tribunal, and to the jurisdictional High Court and the Supreme Court on substantial questions of law.

To protect persons holding foreign accounts with minor balances, which may not have been reported due to oversight or ignorance, it has been provided that failure to report bank accounts with a maximum balance of up to Rs5 lakh at any time during the year will not entail penalty or prosecution.

Other safeguards and internal control mechanisms will be prescribed in the Rules.

The bill also provides a onetime compliance opportunity for a limited period to persons who have any undisclosed foreign assets which have hitherto not been disclosed for the purposes of income tax.

Such persons may file a declaration before the specified tax authority within a specified period, followed by payment of tax at the rate of 30 per cent and an equal amount by way of penalty.

Such persons will not be prosecuted under the stringent provisions of the new Act.

However, this is not an amnesty scheme as no immunity from penalty is being offered.

The bill also proposes to amend Prevention of Money Laundering Act (PMLA), 2002 to include offence of tax evasion under the proposed legislation as a scheduled offence under PMLA.

The finance minister, in his budget speech, while acknowledging the limitations under the existing law, had conveyed the considered decision of the government to enact a comprehensive new law on black money to specifically deal with black money stashed away abroad.

He had also promised to introduce the new bill in the current session of Parliament.