The ongoing auctions of coal blocks and radio spectrum have together already added over Rs3 lakh core to the government's kitty as of Monday; exceeding all estimates including by the Comptroller & Auditor General of India for the value of such resources. 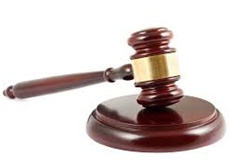 While coal blocks being sold through an e-auction are the same ones whose allocation was cancelled under a Supreme Court order in relation to the alleged 'coalgate' scam, the 2G and 3G airwaves being put under the hammer are different from those in the so-called '2G scam'.

These two scams had become matters of big political debates in the run-up to the Lok Sabha polls last year.

In total 204 coal blocks were cancelled, and auction of just 32 of them have yielded Rs2.07 lakh crore already, including about Rs11,000 crore from two mines on Monday.

In spectrum, total bids reached Rs94,000 crore at the end of the fifth day of auction on Monday. The auction for both the resources continues today.

Coal minister Piyush Goyal said that the e-auction of 32 out of 204 cancelled coal blocks "has already yielded potential e-auction revenues, royalties and upfront payments of Rs2.07 lakh crore, which is far in excess of CAG loss estimate of Rs1.86 lakh crore."

The cumulative kitty of over Rs2 lakh crore includes over Rs1 lakh crore from sale of 19 mines in first tranche.

The total proceeds from the spectrum auction is expected to cross Rs1 lakh crore, while the minimum amount earlier targeted by the government was Rs82,000 crore.

Goyal said that the auctions would result in lower cost of power, while coal-bearing states like Odisha, West Bengal, Jharkhand, Chhattisgarh, Madhya Pradesh and Maharashtra will "earn lakhs of crores of additional revenue".

The power fuel cost would come down by Rs96,971 crore, resulting in power tariff savings for consumers, he added.

In five days of the second leg of auction so far, mines have been mostly sold in eastern states to firms like Adani, Hindalco, JSW and Jindal.

With regard to the spectrum auction, the Department of Telecom said that the bidding has taken place in all bands and "a value of approximately Rs94,000 crore has been committed by bidders in respect of provisionally won spectrum".

"There is still spectrum, which is yet to be sold. Bidding would recommence tomorrow," it added.

Incumbents Bharti Airtel and Vodafone are locked with Reliance Jio to protect their spectrum they need to carry voice and data in the world's second-biggest smartphone market. In all, eight bidders are in the fray.

There has been no bidding in Mumbai, Delhi and Andhra Pradesh in 2100 MHz band till now.

Most of the spectrum put up for auction is at present held by Airtel, Vodafone, Idea Cellular and Reliance Telecom. Their licences are expiring in 2015-16.

Mobile licences for nine circles of Idea Cellular, six circles of Airtel and seven circles each of Vodafone and Reliance Telecom are coming up for renewal.

The 3G and BWA auction together fetched the government over Rs1.05 lakh crore in 2010. The government had raked in Rs62,162 crore from the last spectrum auction held in February 2014.