The central government today submitted documents to the Supreme Court containing names of 627 Indians who have deposited money in foreign banks, primarily in HSBC Geneva. The list also contains the names of Indians and some NRIs as also 26 names received from LGT bank, Germany. 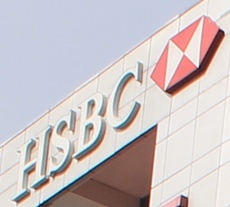 Attorney General Mukul Rohatgi filed a set of three documents in a sealed cover, which also included the status report of the investigation in these cases.

The government, however, said the list submitted to the court may include names of some persons who may have legitimate accounts abroad.

The government, which was withholding revealing the names till yesterday, was forced to submit the names to the Supreme Court following sharp criticism from the judges handling the black money case. The judges observed that no government, past or present, has a genuine interest in unearthing black money stashed away in foreign banks.

"We can't leave the issue of bringing back black money to the government. It will never happen during our time," the judges had said (See: SC directs govt to name all holders of foreign bank accounts tomorrow).

A bench headed by Chief Justice H L Dattu did not open the sealed envelope and left it to the court-appointed Special Investigation Team (SIT) to decide on the use of the list.

"SIT will decide what further action is to be taken on black money issue," said Supreme Court.

"Government gave the entire list of around 627 HSBC accounts in Geneva given by France to Supreme court in sealed cover. Deadline for investigation under the Income Tax Act into these accounts is March 31, 2015,'' Attorney General Mukul Rohatgi said.

The apex court set a deadline of March 2015 for the SET to complete the probe into whether these account holders have violated tax laws.

The SC, however, declined to disclose the names and said the list will be given to the top officials of a panel of retired judges and regulators who are working on the recovery of black money.

The Supreme Court has been monitoring the black money investigation since 2009 based on a petition by noted lawyer Ram Jethmalani.

However, the apex court did not receive any help from the government so far in the investigations. On the contrary, both the previous Congress-led UPA government and the new BJP administration have been arguing that tax treaties with other countries are preventing the disclosure of names till charges are framed.

Judges today told the government to present any reservations to its Special Investigation Team (SIT). "It said we must place problems before the SIT for further negotiations on treaties and any economic impact," said Attorney General Mukul Rohatgi.

The government is also reported to have submitted its communication with French officials, as well as a status report on its investigation so far. The list of Indians who have bank accounts at HSBC in Geneva, was originally provided by a bank employee who turned whistle-blower.

Sources say the Special Investigation Team will submit a report on 220 HSBC account holders to the court in the next few weeks.