The government is looking at new reform measures for containing fuel subsidy without giving consumers a price shock, oil minister Dharmendra Pradhan said, indicating there would be no immediate increase in cooking gas and kerosene prices. 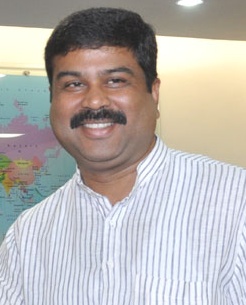 At the same time, he said, the implementation of gas price revision that was deferred for another three months could happen before 1 October.

The Cabinet Committee on Economic Affairs had, on 25 June, deferred a decision on raising gas prices by three months from 1 July in order to have wider consultations on the contra pricing formula for domestically produced natural gas.

"We will hold consultations with all stakeholders and experts on the issue. We have an open mind. The government has taken three months time (to decide on the issue) but a decision can happen even before October 1," he said here.

The minister said raising prices is not the only way of reducing subsidy. He also rejected the idea that reforms and welfare are contradictory and that subsidy and pricing are acting as impediments to attracting investments.

While consumer subsidy is largely seen as demand-distorting, Pradhan does not see subsidies as investment-distorting.

He said "targeted consumer base" and using technology to curb leakage in the system can help tackle subsidy burden to a certain extent. He cited the pilot projects started with the help of state governments for creating zero-kerosene areas, adding that there can be several other ways to reduce subsidy burden without blocking reforms.

He said the roll-out of Direct Benefit Transfer (DBT) could be one such strategy to get a control on the mounting subsidy.

The minister reassured that the government had no plans to raise the prices of LPG and kerosene as was reported in the media a few days back, adding, however, that the monthly hike of diesel prices would continue.

Any improvement in investment climate will also depend on bringing in clear, transparent policies, taking time-bound decisions and political will and commitment for improvement, he said.

The formula, based on Rangarajan panel recommendation, would have led to prices of gas, which is used mainly for power and fertiliser production, more than doubling to around $8.8 per million British thermal unit.

Every dollar increase in gas price will lead to a minimum Rs 2.81 per kg increase in CNG price and a Rs1.89 per standard cubic metre hike in piped cooking gas. It would also result in a Rs1,370 per tonne rise in the production cost of urea and a 45 paise per unit increase in electricity tariff.

Implementation of the Rangarajan formula would raise power cost by over Rs2 per unit, CNG rates by over Rs12.6 per kg and a Rs8.50 per unit hike in the price of piped gas, considering a $4.5 dollar increase in gas rates.

Besides, Pradhan said, the Rangarajan formula had certain anomalies like basin production cost on import prices which the new government will look to fix keeping the interest of end-consumers in mind.

The UPA government's gas pricing formulation had been challenged in the Supreme Court and an FIR is pending with Delhi's Anti Corruption Bureau on the issue. The parliamentary standing committee on finance and the standing committee on petroleum had also made adverse comments on the formula, he pointed out.

Pradhan, however, said the government has no plans to appoint another new expert committee for reviewing the gas price formula.