The number of young borrowers in the country has grown significantly with the spread of banking facilities and an increase in job availability over the years. 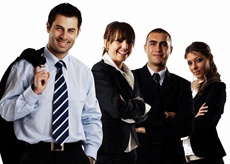 The number of people below the age of 30 years now constitute 25 per cent of loan seekers currently, according to credit information provider Cibil.

While those under 30 constituted just around 7 per cent of new credit applicants in 2008, this age bracket now accounts for over 25 per cent in the last five years, according to a Cibil report.

The significant increase in the number of young people seeking credit comes at a time when economic growth, especially industrial growth, in the country has entered a sluggish phase, says the Cibil report.

Despite falling growth that has dipped below 5 per cent and job losses, the report says, credit growth has been steady in select sectors, it said.

Cibil said that demographics had undergone a radical shift in the past decade, with the country getting  'younger', that is, the percentage of the working population (between 15 and 35) had grown rapidly.