India must improve the delivery of basic services like water, sanitation, and of course healthcare if it is to raise its millions of poor to a reasonable standard of living, a report by McKinsey Global Institute (MGI) says. 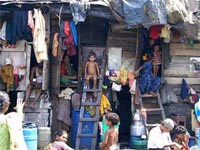 Pursuing "inclusive reforms" to boost investments and generate more jobs will help to significantly reduce poverty in India, where over half of the population struggle to meet their essential needs, a just-released MGI report says.

The business and economics research arm of global consultancy firm McKinsey & Co has projected that India could achieve an economic growth of 7.8 per cent over the next decade if the country implements inclusive reforms.

The challenge will shift from eradicating poverty to increasing access to basic needs, so that the large numbers of people who have barely moved out of poverty in the last decade to move from the subsistence level to a basic standard of living, the MGI report recommends.

According to the report, Indians actually below the poverty line are more than double of what official figures claim. ''We find that 56 per cent of the population lacks the means to meet their essential needs. By this measure, some 680 million Indians experience deprivation - more than 2.5 times the population of 270 million below the official poverty line," it said.

According to the study, an economically sound path of 'inclusive reforms' is one in which India takes steps to stimulate investment, job creation, and farm productivity and to dramatically improve the effectiveness of basic services.

"These reforms could significantly reduce poverty and potentially allow India to achieve an average GDP growth rate of 7.8 per cent between 2012 and 2022," the report said.

The report underlined what every Indian citizen knows – it said that on an average, just half of the public money spent on basic services actually reaches the people as real benefits. "In the absence of reforms in basic services delivery, this level of ineffectiveness would persist, constraining the impact of higher spending,'' it said.

If the current slow pace of growth continues and no major reforms are undertaken, more than one-third of the population would remain below the Empowerment Line in 2022 and 12 per cent would remain trapped in extreme poverty," said Shirish Sankhe, a director of McKinsey and member of the MGI council.

India needs to add 115 million new non-farm jobs over next decade to accommodate a growing population, reduce share of agriculture in employment and improve farm yield.

Delivery of basic services can be enhanced from 50 per cent per cent to 75 per cent by private and social sector partnership, community participation, use of technology to streamline operations and monitoring of outcomes, it added.