Iran and a group of Western nations led by the United States have reached a landmark deal to limit the Islamic republic's clandestine nuclear programme, easing global oil prices and bolstering stock markets across the world. 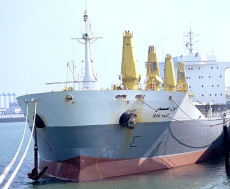 Global oil prices dropped and Asian and European shares rose in early trading on Monday, as markets welcomed the interim nuclear deal signed by Iran and the US plus five western powers.

North Sea Brent crude was down over $2 a barrel at around $108.70 in early morning trade on Monday.

The deal was sealed with the parties signing the agreement in Geneva early on Monday.

Under the deal struck on Sunday:

The news has come as a big relief for India, which is trying to balance its relations with the US and Iran, juggling its growing strategic partnership with the US and Israel with its close cultural and trade ties with its Asian peers.

The development will ease firm oil prices as competitors Iran and Saudi Arabia start simultaneously feeding the market, giving some respite for India and other oil buying countries.

Also, the deal will open up investment opportunities for India in infrastructure building and oil exploration across the Persian Gulf countries.

India has built a road from the Afghan border town of Zaranj to the Iranian port of Charbahar, which could now find great use for Iran as well as the US, which is looking for a way out of Afghanistan.

The agreement, however, dismayed Israel and Saudi Arabia, the two thickest allies of the US in the Middle East as the deal has the potential to dramatically alter the geo-political landscape of the region.

The agreement will relieve Iran from crippling American sanctions and help get back some of the revenues and assets frozen during past sanctions over the next six months, ahead of the parties arriving at a more detailed, longer term agreement.

Israel straightaway rejected the deal, saying that the US and its allies had been suckered by Tehran while Saudi Arabia, felt slighted by Washington cozying up to its rival Iran.