The recent decline in crude oil prices would help the government to cut fiscal deficit by Rs40,000-50,000 crore, according to estimates by ratings agency Crisil. 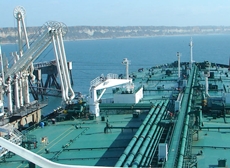 "The recent plunge in oil prices is positive for India as it will lead to lower under-recoveries (by oil marketing companies) and also reduce the import bill," it said in a paper released in Coimbatore today.

According to analysts, a continued drop in commodity prices, mainly those of oil and gold, could also help lower India's current account deficit to around 3 per cent of its gross domestic product (GDP) in the current fiscal.

Overall under-recoveries, the difference between the purchase price of crude oil and the retail price at which petroleum products are sold, are expected to come down by half to Rs70,000-80,000 crore in 2013-14. The under-recoveries are estimated to be Rs1.5-1.6 lakh crore in 2012-13.

The under-recovery in diesel, which accounted for 45 per cent of the fuel consumption in 2012-13, was as high as Rs11 per litre in February 2013. It is estimated to have fallen to a mere Re1-Rs2 per litre on 16 April. The decline in under-recoveries would lower the working capital requirements of oil marketing companies (OMCs).

"This would lead to an improvement in their profitability and liquidity position, led by better cash flows and lower reliance on short-term loans to fund working capital requirements," Crisil said.

"This would lower the fiscal deficit and thus help improve the government's financial position," Crisil said.

The government had, last month, projected a fiscal deficit of 5.2 per cent of gross domestic product (GDP) for the fiscal that ended on 31 March 2013.

The spike in India's current account deficit has mainly been due to high prices of crude petroleum and precious metals like gold and silver. In fact, oil and gold accounted for more than half of the country's import bill.