Even Naveen Jindal loves his share of daily LPG subsidies

Naveen Jindal, well-known industrialist, billionaire and the richest parliamentarian in India, consumes subsidized LPG at the rate of more than a cylinder a day. Why is it so difficult for the rich to just give up these subsidy peanuts and purchase LPG from private retailers at market prices? By Shivshanker Verma 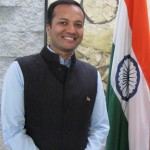 Naveen Jindal is a billionaire. The company he heads, Jindal Steel and Power, is one of the most valuable in the materials sector, courtesy the vast iron ore and coal mines that will feed its steel plant for many years. Forbes magazine estimated that his family, headed by matriarch Savitri Jindal, had a net worth of $10.9 billion as of March 2012.

Most of that wealth is from the family holdings in Jindal Steel and Power. Naveen's elder brothers Sajjan, Prithviraj, and Rattan are also reputed industrialists, but the businesses they manage such as JSW Steel are going through rough times and their valuations have declined.

By all known accounts, Naveen Jindal is a generous person. He gifted millions of dollars to his alma mater, the University of Texas at Dallas. In return, the university renamed its business school as the Naveen Jindal School of Management. Jindal has also financed an Indo-American Business Studies institute at Dallas.

Naveen Jindal is also a politician. Following his father's footsteps, Naveen is now representing Haryana's Kurukshetra for the second term in the parliament. The media-savvy young politician, most famous for his campaign to allow all Indians to fly the national flag on all days, has notable achievements in the areas of anti-corruption, child and women rights, education and environment, according to his personal website.

Maybe because Jindal is a generous and popular politician, it appears that he receives a very large number of guests who need to be fed. He has been so generous in treating his guests well that his official residence purchases subsidised LPG cylinders at the rate of more than one cylinder a day, according to data available on the new transparency portals added to the websites of our PSU oil companies.