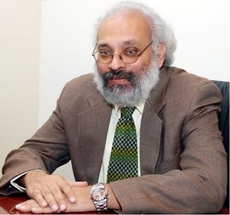 Reserve Bank of India deputy governor Subir Gokarn today gave a strong hint that the central bank's policy rates would be reduced in its mid-quarterly monetary policy review on 18 June.

Gokarn, who looks after RBI's monetary policy, said at a function in Mumbai that a moderation in inflation and cooling global oil prices provide room for easing monetary policy.

Virtually admitting that the reduced inflation was due to lower economic growth rather than a drop in food or commodity prices, Gokarn said, ''The growth is somewhat lower than expected and that may have positive, moderating impact on core inflation.''

In its last review on 17 April, RBI had slashed the repo rate by 0.50 per cent to 8 per cent to prop up the sagging economy.

At the same time, the wholesale price index (WPI) for the month of April rose to 7.23 per cent from 6.9 per cent in March.