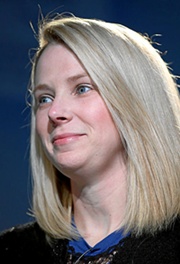 Yahoo Inc on Friday announced plans to spin off its stake in Chinese e-commerce giant Alibaba into an independent public company that will be called Aabaco Holdings.

According to a regulatory document filed by Yahoo late on Friday, the new company will own Yahoo's nearly 384 million shares of Alibaba stock, or about 15 per cent of the overall number.

Yahoo's stake in Alibaba is currently worth more than $32 billion and that would make Aabaco Holdings a sizable company, at least in terms of value.

Aabaco will wind up owning approximately 384 million shares of Alibaba Group, representing an interest of about 15 per cent, according to a filing with the US Securities and Exchange Commission.

Yahoo CEO Marissa Mayer had, in January, announced the plans, after pressure from investors. It also offers a chance for Mayer to show she can lead the company to new heights.

The spinoff is expected to be completed in the fourth quarter of 2015, Yahoo said in a statement.

Once complete, Yahoo as a company won't own any of the shares, which will instead be distributed among Yahoo stockholders. Yahoo will also transfer to Aabaco its services for small businesses that it hosts in its internet cloud.

Yahoo, however, will get its tax bill reduced when it sells the shares. But that would need confirmation from the Internal Revenue Service (IRS), the company warned in its filing. Yahoo is awaiting a ruling by the IRS about what portion of the transaction will be tax-free.

Yahoo bought a 40-per cent stake in the Chinese company in 2005 for $1 billion. The current stake of around 15 per cent is worth over $30 billion, based on the Alibaba share price on Friday.

Mayer, an established Silicon Valley engineer and a top executive at Google for the past 13 years, prior to becoming Yahoo's third CEO in a year in 2012, had been responsible for developing many of Google's services that have diminished Yahoo appeal among web surfers.