Creditor banks of Suzlon Energy Ltd have agreed to restructure the wind turbine maker's Rs11,000-crore debt after the company last month defaulted on redemption of a $200 million convertible bonds, sources close to the development said. 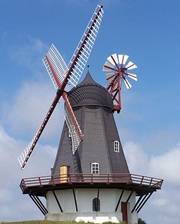 The creditors comprise a consortium of 20 Indian banks led by the State Bank of India, the country's largest lender, which alone accounted for Rs3,654 crore (about $659 million) of the exposure as of October 2012.

While details of the restructuring plan are not known, one source said the restructured debt will have a 2-year moratorium on repayment of interest and principal and will be repaid in a period of eight years after the moratorium expires.

The restructured debt would also carry a lower interest rate of 11 per cent against the earlier rate of 14 per cent a year, according to sources.

The restructuring of the rupee debt will, however, give Suzlon breathing room to finance operations.

Banks agreed to restructure Suzlon's debt after its overseas bondholders rejected a four-month extension for repayment sought by the company.