Ford Motor has appointed Jim Hackett as CEO to revive the fortunes of the company's traditional auto business. He will also be required to invest in self-driving cars and other projects that could make the traditional business obsolete. The 62-year-old Hackett was named to the post yesterday, three days after former CEO Mark Fields told the company he wanted to retire. 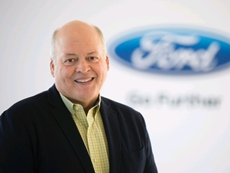 The former chief of furniture maker Steelcase has served on the board at the company, from 2013 to 2016 and became the head of Ford's mobility unit in March of last year.

According to Hackett, Ford did many things well but had trouble handling complex strategy questions. He plans to assemble a small executive team that can communicate plans clearly and make decisions quickly.

''The biggest challenge I had (at Steelcase), and I will have here, is to have everybody see the future. They can see their opportunity in that. And secondly, that it's our right to win, and we don't have to cede that to anybody, Tesla or any of them,'' Hackett said Monday during a news conference at Ford's world headquarters. ''I love that challenge because I know how to do that.''

Ford said he wanted Hackett to speed up decision-making and cut costs, but offered no comment on how the new CEO should change operations.

"The clock speed at which our competitors are working …requires us to make decisions at a faster pace," said Ford Jr, who intends to take a more active role at the company, according to a person briefed on the matter, Reuters reported.