The digital divide could exclude millions

The digital divide could exclude millions of the UK's poorest people, academics warned at the first event of Imperial's new 'SDG of the month' series. 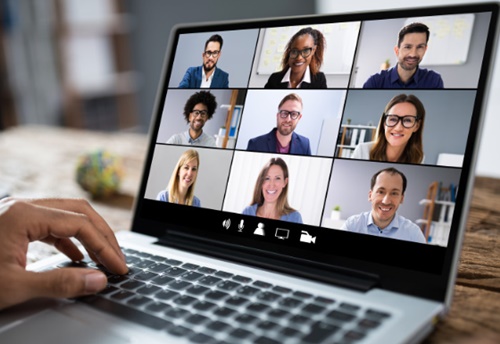 The panel of experts, chaired by Imperial College Business School’s Professor of Economics Tommaso Valetti, discussed how the COVID-19 pandemic is affecting the digital divide and what is being done to address the gap between the under-connected and the highly digitised to help spread the benefits of technology in the new online age.The SDG of the Month series aims to explore the work from Imperial’s staff, students, alumni and global partners that is aligned with the UN's Sustainable Development Goals (SDGs).
The first event focussed on Goal 10: Reducing Inequalities and explored the ‘The Digital Divide in a COVID-19 World.’
Digital inequalities
"For people on the wrong side of the digital divide, the disadvantages associated with being unable to access digital technologies have become more pronounced. Unless digital exclusion is taken seriously as part of a wider task to reduce inequality, millions of the poorest people will suffer the consequences.”Professor Valetti said: “Global inequalities, if you do cross-country comparison, have probably narrowed, because some poor countries have been catching-up, but if you look at inequality within countries, this has been increasing over the past 25 or 30 years.
The panel included Sunita Grote, co-founder and manager at UNICEF Venture Fund, Joseph Chambers, a researcher at the Good Things Foundation, and Sophie Coronini-Cronberg, honorary senior lecturer at Imperial’s Department of Primary Care and Public Health.
Imperial’s Sophie Coronini-Cronberg, said: “Technology can have huge positives and has widened access to a resource for many. However, not everyone will benefit equally, and that’s’ where the inequity and inequality comes in.”
Impact of COVID-19 on digital access
UNICEF’s Sunita Grote spoke about their Venture Fund. Sunita said: “We run an early stage fund that takes the principles of venture capital investing and applies them to solutions that may accelerate results for children, such as using AI and data science to track the impact of social distancing measures on access to schools and learning opportunities.”
The Good Things Foundation’s Joseph Chambers said: “In the UK there are nine million people who can’t use the internet without help and seven million with no internet access at home.
“During lockdown and the impact of Covid, we saw two groups emerge who were severely impacted, those who are digitally excluded such as the vulnerable and those shielding, and the second group who were often from a professional background, but didn’t have the digital skills needed to work from home.”
Next event: Accelerating solutions towards Gender Equality
The SDG series is hosted by Imperial’s Global Development Hub, which will launch later in the year.
The Global Development Hub provides a platform to show case Imperial’s global impact and development through the UN’s Sustainable Development Goals.
The next event in the series will focus on Goal 5: Achieving Gender Equality, and will take place on March 11 during Women@Imperial Week.
This webinar, the second instalment of the “SDG of the Month” series, will explore the progressive work and innovative research towards achieving gender equality from three different UNDP Accelerator Labs covering unpaid care work and supporting female entrepreneurs.
The digital divide could exclude millions
MORE REPORTS