Qualcomm, one of the world’s biggest chipset companies, has developed new chipsets that are compatible with Isro’s GPS-alternative NaviC (an acronym for NAVigation with Indian Constellation). This will help Android phones enhance geolocation capabilities within the coverage region of NavIC. 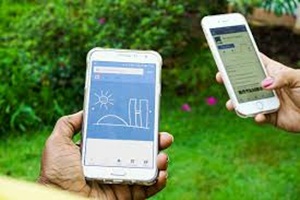 Indian Space Research Organisation (Isro) has provided consultation for Qualcomm for enabling NavIC capability to their Snapdragon mobile chipset platforms. These chipsets are being released by Qualcomm Technologies, Inc. The release of chipsets will help accelerate the adoption of NavIC by smartphone OEMs.
OEMs can now release any new model for the Indian market that are NavIC-enabled, thus eventually making NavIC a standard feature in the upcoming handsets, applications, processors, etc. It will also enhance the geolocation capabilities of smartphones within the coverage region of NavIC, says an Isro release.
Addressing a press conference on the occasion of 'Lunar Orbit Insertion of Chandrayaan-2 Mission', Isro chairman K Sivan said the new chips will soon bring Isro’s NavIC technology to millions of Android phones in India.
Touted as the alternative to GPS (Global Positioning System), the NavIC satellite technology is designed to deliver accurate position information service to Indian users and even in neighboring countries. The technology is now set for a commercial application in future Android smartphones, including mid-range and budget phones, as the chipset giant Qualcomm has announced new processors with the Isro technology.
Qualcomm on Tuesday launched Snapdragon 720G, Snapdragon 662 and Snapdragon 460 processors that will power future mid-range and budget smartphones.
The chipset company said it has for the first time introduced supports up to seven satellite constellations concurrently, including the use of all of NavIC’s operating satellites, in its Qualcomm Location suite. The integration will help deliver more accurate location performance, faster time-to-first-fix (TTFF) position acquisition, and improved robustness of location-based services, it added.
“ISRO is satisfied with the efforts of Qualcomm Technologies, Inc towards incorporating NavIC and we urge OEMs to leverage it for future handset launches in India,” Sivan said.
“The availability of NavIC across multiple mobile platforms will help enhance the geolocation capabilities of smartphones in the region and bring the benefits of this indigenous solution to Indian consumers for their day-to-day use,” he added.
Smartphone companies such as Xiaomi and Realme which dominate the sub Rs20,000 smartphone segment in India, have confirmed the NaviC-enabled Snapdragon 720G processor for their future phones.
Isro’s NavIC adoption will help reduce dependence on American GPS technology for navigation and other relevant usage. Apps such as Uber and Google Maps are also expected to leverage the technology to deliver more accurate location information service.
The indigenous location service is also believed to be more efficient than GPS and other competing location services. The technology can also be used for disaster management, vehicle tracking and fleet management, precise timing, terrestrial navigation assistant to hikers and travelers, visual and voice navigation for drivers, aerial and marine navigation, and more.
Earlier, Isro said Qualcomm had successfully developed and tested processors that support its NavIC system. The space agency had also confirmed Xiaomi was going to be one of the early adopters of the technology. “Qualcomm has announced that its chip is going to have NaVIC and they are releasing it. Now almost Xiaomi is in agreement to have it. Xiaomi may launch its mobile phones with NavIC chipsets,” an Isro official had said.
MORE REPORTS