Retracing the journey of Indian advertising

Ambi Parameswaran is brand strategist and founder of brandbuilding.com. He spent a large part of his thirty-five year marketing, sales and advertising career in helping build FCB Ulka into one of India's biggest ad agencies. An engineer from IIT Madras and MBA from IIM Calcutta, Parameswaran completed his PhD from Mumbai University in 2012 and the Advanced Management program from Harvard Business School in 2014. 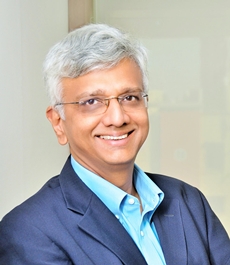 He is a visiting faculty at leading business schools and a sought after trainer at corporate seminars and programmes. He has served as the president of The Advertising Club, Bombay, and the Advertising Agencies Association of India. He has been a speaker at TEDx, Kellogg India Conference and Jaipur Litfest. Parameswaran writes for various business publications and has authored several books on brand building, consumer behaviour and advertising. In this interview with Swetha Amit, he talks about his new book on advertising Nawabs, Nudes, Noodles, the evolution of Indian advertising over the years and the change in societal mind-sets.

Having spent a large part of your career in advertising, did you feel that writing about India's 50-year journey in advertising was inevitable? How did the idea for Nawabs Nudes Noodles come about and how did the catchy, quirky title evolve?
After my last book For God's Sake – An Adman on Religion (See: For God's Sake: consumerism rooted in religiosity). was published and well received, I was speaking with my publisher Anish Chandy, who had become a literary agent, and he prodded me into thinking of a book on advertising. He was keen that I write a book on the history of advertising though I was not.

But I got thinking about how I could present my own views on the evolution of advertising in an interesting manner. This led to the idea that there could be an interesting book that looked at the changing Indian society through the lens of advertising. The book idea was born and we wrote a synopsis and sent it to two publishers. One of them, Pan Macmillan saw the book the way we (Anish and I) were seeing. I wanted to keep the title of the book more approachable and not a complicated title or a title aimed only at the academic crowd. I like alliterative names, for movies and books. Nawabs, Nudes Noodles worked out well. My publisher at Pan Macmillan, Diya Kar Hazra also liked the title. She added the 'India through 50 Years of Advertising', and I think that has worked out very well indeed.

You have narrated an experience with an airlines executive where the person made a certain statement, exhibiting the bruised image that one had of people from the advertising industry. Would you say that perception has changed over the years and that your book will help in altering some of those distorted perceptions?
You ask anyone on the road and he / she will have a favourite ad. But if you ask them how much they know about the ad business they will have no idea. In fact they may know more about how a feature film is made. I hope the book ends up giving a better idea of what goes behind the creation of an ad. It is not just an exercise in vacuum. And it is not just some funny idea from a pony-tailed copywriter. I am hopeful that after reading the book, readers will have a better idea about what goes behind an ad.

But I should add that the book is not about how an ad is conceived or created. It is an effort to portray how Indian society has changed and how advertising has attempted to reflect the change.

Advertisements endorsing fairness creams have often showcased the societal preference for fair skinned people as opposed to the dusky ones leaving the latter to feel complexed. Despite the evolution that has occurred over the years, why do you think that a powerful medium like advertising has still not been able to change such perceptions?
Advertising is not in the job of changing societal perceptions about issues. Advertising, first and foremost is about selling a product or service. In our attempt to sell, we often need to reflect societal realities in our ads. In the process we may somewhat change perceptions about issues.

So, fairness cream was born out of the desire for fair skin. In the early days the communication focused on fair skin for getting a better husband; but as society's expectations from women changed and young girls wanted to join the workforce, the brand smartly changed tack. I see that a way of making a better connection. Not an attempt to change perceptions. I repeat, changing societal norms is not the primary focus of advertising.

You have mentioned how Indians are gradually getting more westernised over the years. However, the change isn't that rapid to accept ready-to-eat meals and the old mind-set towards freshly-prepared food still remains. Do you think advertising can help in altering this mind set in the coming years?
I am convinced that in the coming years we will see more and more families adopting packaged-foods. But, to make this happen in addition to great advertising we also need good quality products, affordable prices and good availability. These four conditions were met by Maggi Noodles.  Biscuits too managed to do this very well. In the future we should be seeing ready to eat chapattis and pulao type rice dishes gaining ground.  I only hope government bodies don't play spoil sport.

One sees a lot of celebrity endorsements today and a lot of fan frenzy to be associated with a particular brand / product. According to you, how accountable and responsible should a brand ambassador be with regards to the particular product that they are endorsing?
I think the brand owner should be held responsible for the product quality, not the brand endorser. If you extend the logic tomorrow you may want The Times of India or Zee TV to be held responsible. Where will it stop? I have a different issue with celebrities. They should volunteer enough days for CSR purposes to wash away the negative perceptions about blind brand endorsements. An equal number of days, if they can do it.

Your book talks about how radio was an effective medium for advertising, followed by TV, with a particular reference to a quiz contest.  Considering the advent of social and electronic media today, what would you say is the most effective medium today for an advertisement to make an impact on the consumers, especially the millennials?
I think advertising has to adapt to the changing opportunities offered by media and changing consumer habits. So, Bournvita quiz started as a radio show, moved to TV and is now being hosted on the digital medium. I think the millennials consume media very differently, so brands will have to learn how to engage with them. Advertising will not disappear just because millennials don't read daily newspapers.

In an era where social media is proving to be a powerful tool, reactions towards anything unfavourable are apparent. How do ad makers handle a situation and these terse reactions if a particular ad is not received well?
The myth about social media is that consumers are constantly wanting to share ads in their social networks. This is far from truth. Consumers in social media are telling people about the places they went to and other stuff. However brands can interrupt these conversations to post ads. This, like all forms of advertising is 'interruption' and can cause irritation. Only one in a thousand ads do get shared in social media and that is a chance no brand can take. Another aspect of social media is the opportunity to listen what consumers are saying about the category, your brand and competitors. So brands need to set up social listening posts and monitor the buzz.

How do you see the future of the advertising industry going forward? Do you expect to see any change in trends?
The ad industry is very adaptive and there are very smart people entering advertising every day. I am confident that these top class professionals will figure out new ways of connecting with consumers.

What are you writing on next ?
Nawabs, Nudes, Noodles is my eighth book. If you had asked me in 2001 if I will average one book every two years, I would have laughed. But it has been an interesting journey. The first six books were more B Schools and academics focused. The last two have been more aimed at the general reading public. Who knows what may follow? I am now concentrating on ensuring the latest book has a good take-off. So the global launch was at Godrej India Culture Lab on 9 June. The next book event took place Kolkata on 23 June, and chennai on 19 July. The Delhi event is planned for August. So we will talk after six months.