Having spent thirty five years in the field of advertising, the last decade as executive director and CEO of Draftfcb Ulka (Mumbai Group), Ambi Parameswaran has authored and co-authored six books on marketing and brand building. His latest work, For God's sake, explores the relation between religiosity and consumer behaviour. In this interview, he talks to Swetha Amit about his new book, the significance of religion on consumer behaviour. 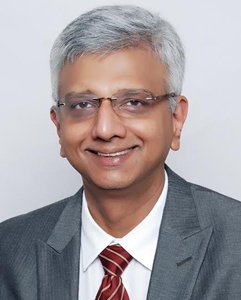 Religiosity and consumer behaviour is a unique yet a sensitive topic. What were the initial reactions you faced when you proposed to pen down this book?
For God's Sake came out of my PhD thesis. When I started on my thesis, I thought I research into the Indian varna (traditional occupations) system and co relate it with brands. My PhD guide advised me from pursuing that since it would be impossible to get published material in that domain. So when I started searching I found the area of religion and consumer behaviour to be a fertile field for research.

Internationally too it was not a highly-researched area. But I did find a few interesting papers to read. Mumbai University's research and review committee sought clarification on the topic, which delayed the PhD work by close to nine months. But when I finally started on my research I did not face any negative reaction, from the experts I interviewed or from consumers.

You have mentioned about an increase in religious feelings as prosperity grew post the economic liberalisation. Do you think this fervour resulted  from fear and uncertainty or was it just a manifestation of staunch beliefs carried forward from our forefathers?
Well, it could just be a case of Pascal's Wager. But then again it could be the simple truth that consumers want their material acquisitions to be justified by religious beliefs.

In a sense, religion is being used as a way of justifying our consumeriast tendencies. Indians' relationship with religion has always been a combination of piety and celebration. It is possible that that in modern day India we are seeing a greater manifestation of the latter.

Despite the modernisation and progressive thinking, one can still see people considering an auspicious time and date for travel or commencing something new. How practical is it in today's fast-paced world to follow such norms? And why is there often a clash between modernisation and old world beliefs?
I think it is again the Pascal Wager at work. I don't think we suddenly become more religious or less religious. We are picking and choosing aspects of religious practices that justify a lot of our actions. So going on a religious trip is justified a lot more easily than just a pleasure trip.

It is mentioned in one of your chapters about how an MBA is used more as a tool to improve a person's worth in the marriage market. Do you think that the value and real passion for education is getting overpowered by the need for social acceptance and status symbol?
Education has always been a symbol of status in our society. The rise of top class B Schools has triggered the simultaneous rise of poor-quality B Schools.

These schools are nothing but certificate printing presses. In a perverse way they serve as a way of guaranteeing dowries and for girls a way of reducing dowries. Unfortunately I think higher education in India had always had this problem.

In the past it was IAS, engineering, medicine; now we have MBA. The chapter in my book also talks of the need for B Schools to look at including multi-cultural aspects of managing in India. That is a key topic and is much neglected. 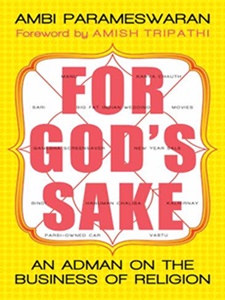 Festive celebrations today are turning out to be a reason for shopping expeditions more than the significance of the ritual. What do you think is the reason behind this transition?
I think we are seeing a growing rise of festivals, from unknown festivals like Akshaya Trithya become a national rage. I think affluent India is looking for new occasions to celebrate. No harm in that.

One can see the transition of a woman from being pious and orthodox to an independent, self-efficient professional over the years. Yet Indian society still expects her to confirm to old age traditions and multitask at the same time. What do you think can be done to reduce the insurmountable expectations one has on the women today?
Women in India, just as in many other societies have not got their due. Some ideologists blame Manusmriti for a lot of this. That may be a little unfair, but from the Vedic times to the Puranic times and later, there was a slow and steady fall in the status accorded to women.

This probably fell even more during the Mughal era and the English era. It is only in the last two decades we are seeing a growing rise of female literacy, a greater flow of women into better jobs and rise of women in corporate India. The journey has just begun.

A chapter in your book talked about vegetarian and non-vegetarian diet patterns. How far do you think we Indians have become liberal and tolerant towards diversity in food habits?
It is a myth that India is a largely vegetarian country. I think we were always quite 'non-vegetarian'. But unlike western societies, our diet did not include meat in every meal. Over the coming decade we will see the barriers between vegetarian and non-vegetarian foods go down. A lot of supermarkets are selling meat and fish along with vegetables - something we would not have tolerated 20 years ago.

The 80s and the 90s saw a huge fan base in mythology in terms of TV serials, comics, etc, which faded away in the millennium until authors like Amish and Ashwin Sanghi rekindled readers' interests again. How do you think one can induce interest in the same theme amongst the kids segment today?
Amish Tripathi's series have been a great revelation. That has created a whole new genre of fiction that could be called "Modern Indian Religions Fiction".

Amar Chitra Katha did a great job to keep the Indian mythological tales alive among the kids of India. I think all those can be reissued as graphic novels. In their own way television serials like Bal Ganesh and Bal Hanuman are a reinvention of sorts. I suspect we will see the rise of mobile games and video games that will bring Indian mythologies alive for the younger generation. Give it another five years.

A certain amount of religious disparity and discrimination ceases to exist today despite education. What can be done to reduce communal bias and increase harmony and acceptance towards other communities?
All global religions are more similar than dissimilar. Unfortunately in every country the divisive forces have used religion to separate society into disparate sections. Education should help to heal some of these wounds. Similarly increase in wealth and prosperity should also help. However even in the developed society like the USA we are seeing the rise of religious bigotry. So this is a difficult problem for societies to solve.

A part of your book mentions how people are turning towards religion to cope up with illnesses or setbacks these days. And there are others who go on to adopt practices like meditation. There is often a thin line seen between religion and spirituality here. How would you distinguish between the two?
Religion is a great healer. Meditation is supposed to be very good for the mind. So is yoga. The rise of all these is saying that Indians are seeking ways of solving their psychological problems in a non-psychiatric way.

Do you think religion makes one a better person?
Used in a way they were intended, all religions propagate universal brotherhood. So religion is one great social glue.

Lastly, after 'For God's sake', do we see another book from Ambi Parameswaran?
The book For God's Sake is very different from my previous books. It is a lot more anecdotal and easier to read while tackling the complex subjects of religion and consumer behaviour. As you are aware, Indian consumer behaviour could offer several other directions to look at, in a similar style. But as of now no books are on the anvil. Who know what God has in store, two years down the line, for God's sake!!