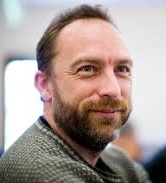 Jimmy Wales, the founder of Wikipedia, has said Apple should stop selling iPhones in the United Kingdom if its parliament approves the Investigatory Power Bill, which bans end-to-end encryption and provides additional surveillance powers to the police and security services.

Wales described the Investigatory Power Bill as stupid. UK Home Secretary Theresa May introduced the Bill in the wake of the Edward Snowden revelations.

In a message posted on his Twitter account, Wales wrote, ''I would like to see Apple refuse to sell iPhone in the UK if the government bans end-to-end encryption. Does parliament dare be that stupid?''

Earlier this year, Wikipedia and eight other organisations filed a lawsuit against the US National Security Agency (NSA) and the Department of Justice. The organizations claimed that the NSA's large-scale surveillance of internet traffic violates the First Amendment.

Wales emphasized that surveillance destroys the ''original promise of the internet: an open space for collaboration and experimentation, and a place free from fear.''

Apple recently told law enforcement officials that it could not comply with their request to submit text messages between suspects using iPhones because its iMessage service is fully encrypted. The tech giant added that it does not store copies of the messages unless users upload it to the iCloud, where messages are not encrypted.

Authorities in the United States and the United Kingdom were unhappy with Apple, Google and other tech giants' security to protect user privacy.

In the US, FBI Director James Commey said, ''I am a huge believer in the rule of law, but I am also a believer that no one in this country is above the law.

''What concerns me about this is companies marketing something expressly to allow people to place themselves above the law.''

In the UK, Prime Minister David Cameron previously stated that there should be ''no means of communications'' that cannot be read by the government. He urged the MPs to support his list of new surveillance measures. According to him, criminals, pedophiles, and terrorists shouldn't be allowed to have safe space online.

The spokesman for the UK Home Office stated, ''The government is clear we need to find a way to work with industry as technology develops to ensure that, with clear oversight and a robust legal framework, the police and intelligence agencies can access the content of communications of terrorists and criminals in order to resolve police investigations and prevent criminal acts.''