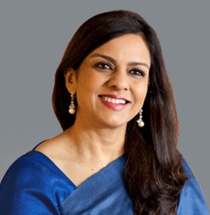 The Sajjan Jindal-controlled JSW Steel will pay about Rs125 crore a year to Sajjan's wife Sangita Jindal as licence fee for using the 'JSW' brand, which belongs to a company owned by her.

A resolution to pay 0.25 per cent of the net consolidated turnover of the company was cleared by shareholders at India's thirdlargest steelmaker's annual general meeting in Mumbai today.

The Audit Committee and the Board of JSW Steel had already cleared the proposal.

JSW Steel had sought shareholders' approval for permitting "the company to enter into appropriate agreement with JSWIPL for use of the brand "JSW" and to pay a license fee of 0.25 per cent of the consolidated net turnover of the company".

JSW Investments Pvt Ltd is a promoter group company. "Sangita Jindal, wife of Sajjan Jindal (promoter and chairman and managing director of the company), holds directly and through nominees 2,049,880 shares, representing 99.99 per cent of the total equity share capital of JSWIPL," it said.

Promoters, led by Jindal, hold 38.54 per cent in JSW Steel. The brand "JSW" is being used by companies which are managed by Sajjan Jindal

Under the deal, the amount would be paid quarterly and the payment would be linked to JSW Steel's turnover. Considering its consolidated net revenue of Rs51,219 crore in 2013-14, the fee works out to be about Rs125 crore.

JSW Steel said that the company has, in many ways, been able to leverage the JSW brand to its advantage in terms of attracting and retaining talent besides enhancing long term business opportunities.