Sajjan Jindal, head of JSW Steel Ltd, said today that India's economic growth is likely to receive a boost from the housing and infrastructure sectors. 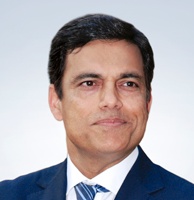 Speaking at the annual general meeting of the company, Jindal said, ''After two consecutive years of sub-5 per cent economic growth in India, the worst appears to be behind us and the economy is likely to pick up pace going forward.''

In a written speech, the chairman and managing director of the company said, ''Housing and infrastructure creation are likely to be key focus areas for the new government and this augurs well for the steel sector outlook in India.''

He warned of several major challenges that continue to bog industry down, citing in this regard the significant overcapacity in China which could suppress steel prices in the global market.

Local concerns include the low availability of iron ore with Odisha, the largest producing state of the mineral, and the clamping down on the sector to fight illegal mining.

''High inflation and firmed-up interest costs are other challenges that need to be addressed,'' Jindal said.

JSW Steel is the third-largest Indian steelmaker after Tata Steel Ltd and Steel Authority of India Ltd (SAIL) with a capacity of 14.3 million tonnes, but it has the most aggressive growth strategy looking at organic and inorganic means.

Speaking of the government's target of boosting national production to 300mt by 2025, Jindal said it would require investment of $200 billion.

JSW's own target of 40mt by 2025 would entail a capital outlay of around $22 billion over the next decade and the company is still committed to its new ventures in West Bengal and Jharkhand.