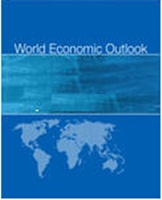 The World Economic Outlook (WEO) released ahead of the IMF annual meeting in Bali, projects India’s economic growth to remain above 7 per cent levels this year and next.
"In India, important reforms have been implemented in recent years, including the Goods and Services Tax, the inflation-targeting framework, the Insolvency and Bankruptcy Code, and steps to liberalise foreign investment and make it easier to do business."
The IMF report kept the 7.3 per cent growth projection for India this year, as projected in July.
However, the WEO report cited some external factors like the recent increase in oil prices and the tightening of global financial conditions that could dent India`s growth projection made in July for next year by 0.1 per cent to 7.4 per cent, which would still be the world`s fastest growth rate for major economies.
India’s current and future growth projections are far above the growth rate of 6.7 per cent in 2016, although slightly lower than the growth rates projected in April this year.
Compared to the projections made in April, the projected growth for 2018 is lower by 0.1 per cent and for that for 2019 by 0.4 per cent.
This reflects "a rebound from transitory shocks" of demonetisation and the implementation of the national Goods and Services Tax" and "strengthening investment and robust private consumption," WEO said.
Beyond 2019, the IMF sees India`s growth rate improving "owing to structural reforms and a still-favourable demographic dividend."
"India`s medium-term growth prospects remain strong at 7.75 per cent, benefiting from ongoing structural reform," it added.
For China, IMF kept this year’s growth rate at 6.6 per cent but lowered it for 6.2 per cent for the next year – down 0.2 per cent from the projections made in April. But this it attributed to the vicious trade environment, “given the latest round of US tariffs on Chinese imports."
IMF cut the global economic growth projections made in July for this year and the next by 0.2 per cent to 3.7 per cent, with IMF chief economist Maurice Obstfeld warning that "there are clouds on the horizon" and "the likelihood of further negative shocks to our growth forecast has risen."
"In several key economies, moreover, growth is being supported by policies that seem unsustainable over the long term," he said.
He cited the uncertainties in trade as a result of US President Donald Trump`s policies and the tightening of financial markets in developing countries among factors increasing the risks to global growth.
Global growth is projected at 3.7 per cent for 2018–19 — 0.2 percentage point lower for both years than forecast in April. In the United States, momentum is still strong as fiscal stimulus continues to increase, but the forecast for 2019 has been revised down due to recently announced trade measures, including the tariffs imposed on $200 billion of US imports from China.
Growth projections have been marked down for the euro area and the United Kingdom, following surprises that suppressed activity in early 2018. Among emerging market and developing economies, the growth prospects of many energy exporters have been lifted by higher oil prices, but growth was revised down for Argentina, Brazil, Iran, and Turkey, among others, reflecting country-specific factors, tighter financial conditions, geopolitical tensions, and higher oil import bills.
China and a number of Asian economies are also projected to experience somewhat weaker growth in 2019 in the aftermath of the recently announced trade measures. Beyond the next couple of years, as output gaps close and monetary policy settings continue to normalise, growth in most advanced economies is expected to decline to potential rates— well below the averages reached before the global financial crisis of a decade ago. Slower expansion in working-age populations and projected lackluster productivity gains are the prime drivers of lower medium-term growth rates. US growth will decline as fiscal stimulus begins to unwind in 2020, at a time when the monetary tightening cycle is expected to be at its peak.
This is the final WEO released under Obstfelt’s watch as he is leaving the IMF at the end of this year and will be succeeded by Gita Gopinath, the Kerala government`s economic adviser.
For India the IMF recommended "reform priorities include reviving bank credit and enhancing the efficiency of credit provision by accelerating the cleanup of bank and corporate balance sheets and improving the governance of public sector banks".
"A high interest burden and risks from rising yields also require continued focus on debt reduction to establish policy credibility and build buffers. These efforts should be supported by further reductions in subsidies and enhanced compliance with the Goods and Services Tax," it added.
MORE REPORTS