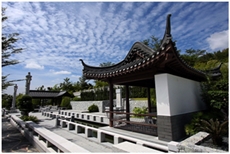 Under the financial terms of the deal, Luxembourg-based CVC is offering HK$3 per share in cash, a premium of 22.4 per cent over Nirvana Asia's last trading price, to the company majority shareholders and to others, the buyout offer will be in cash.

Post closing, Tan Sri Kong and CVC will be the two largest shareholders in Nirvana. Tan Sri Kong will continue in his role as CEO and lead the existing management team of Nirvana.

"The proposal provides the shareholders with an opportunity to realize their investment in the company for cash during current uncertain market conditions," Nirvana said in a filing. "Global markets are subject to further potential uncertainties in the face of certain recent political and economic events including the Brexit."

Born to a rubber tapper in Malaysia in 1954, Tan Sri Kong founded Nirvana Asia in 1990 in Malaysia after he found the dismal state of the cemetery run by the Chinese clan association while he organised the funeral of his father-in-law in 1985.

Nirvana today operates cemeteries, niches for storing urns called columbariums, and funeral parlours at 20 locations in Malaysia, China, Indonesia, Singapore and Thailand, and is preparing to launch in Vietnam next year. 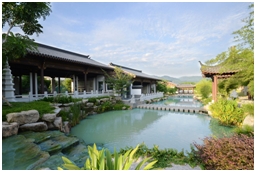 The burial sites are designed to resemble parks, with water features, temples and landscaped gardens.

Nirvana also offers services to the wealthy that can cost $100,000 for gold-plated caskets and burial plots for as much as a million-dollar.

Its biggest and most-lucrative, and fastest-growing business is columbariums, where relatives keep the ashes of their beloved departed ones in urns in reserved niches.

These columbariums also don't come cheap and costs around $6,000 in Malaysia, and much more in Singapore, where land is scarce. 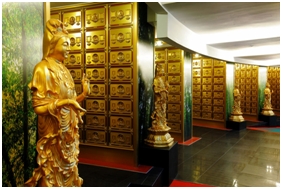 These niches are housed in splendid ornate buildings, which boast of a lobby and even a cafeteria.

Ground burials are banned in Hong Kong except under special circumstances due to paucity of space and private columbaria, like the ones run by Nirvana, charge around HK$500,000 ($64,483) for a niche that can hold a small urn.

According to Frost & Sullivan, Nirvana has a market share of 56.3 per cent in Malaysia, 78.5 per cent in Singapore and 36.1 per cent in Indonesia.