Vedanta's Cairn-stake acquisition may be blocked by Indian govt, ONGC

Cairn Energy, which has agreed to sell a 51-per cent stake in its Indian unit for about £5.6 billion to Vedanta Resources plc, may face hurdles from the Indian government as well as Cairn's partner ONGC. 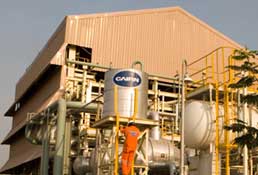 In a deal that is expected to be announced today in London, Anil Agarwal's Vedanta Resources is seeking a 51-per cent stake, reportedly worth around $7-8 billion (around Rs35,000 crore) in Cairn India, which has a market capitalisation of around Rs67,443 crore ($14.12 billion).

Cairn India is the country's second-biggest private sector crude oil producer behind Reliance Industries, operating three oil fields in Barmer namely Mangala, Bhagyam and Aishwariya (MBA). Together, they have recoverable oil reserve of one billion barrels with the Mangala field in Rajasthan producing 1.25 lakh barrels a day-with a potential to go up to 2.4 lakh barrels a day.

Under Cairn India's assets in the country, state-owned ONGC has a 30-per cent interest in the Rajasthan operations and has a working interest in Ravva oil and gas field in the Krishna-Godavari Basin along with Videocon and Ravva Oil.

Cairn India also has a joint venture with ONGC and Tata Petrodyne Limited for gas production in the Lakshmi gas field, situated in Block CB/OS-2 in the Cambay offshore Basin on the west coast of India in the Gulf of Khambat.

Analysts say that since ONGC has a stake in nearly all of Cairn Energy's Indian operations, it should have the right of first refusal if Cairn Energy decides to sell its stake.