Signal has climbed to the top spot in the free apps category in India, followed by WhatsApp and YouTube, after WhatsApp’s new privacy policy forced many users to migrate to safer messaging platforms. 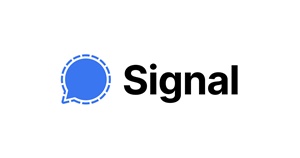 Signal also claims to be the top downloaded app in Germany, France, Austria, Finland, Hong Kong, and Switzerland as well.
Reports say WhatsApp's new privacy policy asking its users to either accept the changes in its terms of service and privacy policy by 8 February or let go their accounts.
Facebook-owned WhatsApp has unveiled a new privacy policy, which demands that users share more data with WhatsApp. This forced many users to shift to other messaging apps.
More than 100,000 users are reported to have installed Signal while Telegram picked up nearly 2.2 million downloads, according to data analytics firm Sensor Tower.
Advantage Signal
While the popularity of the Signal app shot up further after Tela CEO Elon Musk endorsed the app. Musk, currently the world's richest man, issued a call to 'Use Signal' to his millions of Twitter followers. Musk tweeted that he uses Signal App and not WhatsApp for messaging. After Elon Musk's tweet there have benn a continuous downloading of the Signal App, so much do that the app currently tops charts.
The Signal app has been developed by a non-profit company, the Signal Foundation and Signal Messenger LLC. It is a messaging app and works on iPhone, iPad, Android, Windows, Mac and Linux.
The messaging app with a focus on privacy, has been around since 2014. Signal’s tagline is 'Say Hello to Privacy' and the service is end-to-end encrypted. In fact, WhatsApp uses the Signal protocol for its end-to-end encryption feature.
MORE REPORTS