Indian govt to switch to own email services by March 2015

The government of India will switch to its own email service for official communication within the country by March 2015, ie by the end of the current financial year, in order to secure critical and sensitive government data. 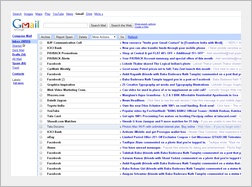 The need for a more secure email service was felt, especially after the recent cases of email hacking across countries and the Snowden revelations of the US agencies stealing information from governments across the world.

Communication and IT minister Ravi Shankar Prasad had, earlier this month, also talked of plans to create an encrypted email service for the government.

The National Informatics Centre (NIC) is the implementing agency for the new email service. The government has allocated Rs100 crore for the project to expand the infrastructure and for enhancing the security of the servers that would store the mails.

Five million government officials, excluding those in the external affairs and defence ministries will use the new email service after March 2015.

Therefor, every document that is mailed through these services passes outside India before getting delivered to the destination, thereby violating the Public Records Act.

The government approved a proposal of the department of electronics and information technology to establish a secure and encrypted email service for all government officials in the wake of the mass leak of usernames and passwords of Google mail users in an online cyber attack.

It was felt that encrypting of official messages and the use of NIC platform will help safeguard government data from cyber attacks.

The ministry document mentions use of encryption and 'digital signature certificates' (DSC) as mandatory for sending any mail deemed as classified or sensitive.

The government of India (central and state) to send and receive e-mails via internet.