In what could be a significant new trend, Facebook has become more than just a social networking site - some people needing a kidney transplant have managed to find donors on Facebook. While the numbers are still minuscule, the success these people have had is startling. 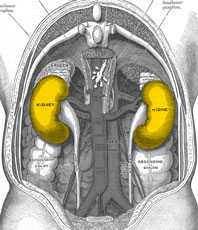 Sarah Taylor was one of about 84,000 Americans in need of a kidney transplant. She was one of the people who have been able to meet their medical needs through Facebook.

Taylor, 53, had been in renal failure for eight years and in desperate need of a kidney. One night, she was on Facebook and decided to post a message.

''I said, 'If anybody would be interested in being a donor for me for a kidney transplant, you have to be between the ages of 18 and 64, you cannot be obese, cannot have high blood pressure and cannot be diabetic. And if that leaves anybody, please call Allegheny General (hospital) in Pittsburgh,''' she said.

To her surprise, she received more than 197 responses from all over the country, including one from Australia. But the best match was Sarah Steelman, a high school friend and former Pennsylvania representative who lived just two blocks away from Taylor in Indiana.

''She saw my posting on Facebook and she decided to donate a kidney,'' Taylor said. ''So she went down to Allegheny General and she ended up being my best match. The whole thing was so overwhelming.''