Britain's exit from the European Union will see the European Central Bank challenging London's dominance in the clearing market that has a daily turnover of €1 trillion (£880bn). 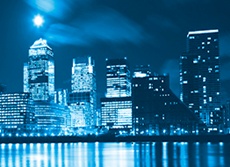 The London Clearing House (LCH) clears swaps – a form of financial instrument – in 18 currencies for companies in 55 jurisdictions, handling more than 90 per cent of cleared interest rate swaps globally and 98 per cent of all cleared swaps in euros.

The Frankfurt-based ECB – the central bank for the 19 countries using the euro – has set out proposals aimed at giving it more oversight of the lucrative business.

In an announcement on Friday, the ECB said its governing council was setting out a recommendation to have more oversight of the business and made it clear that it intended to have more regulatory role in the area of central counterparties, a technical term for central clearing.

The bank demanded ''clear legal competence in the area of central clearing'' adding, ''These powers include a significantly enhanced role for central banks of issue in the supervisory system of central counterparties, in particular with regard to the recognition and supervision of systemically important third-country CCPs clearing significant amounts of euro-denominated transactions.''

The ECB move follows a report by the European commission that called for EU assuming more powers over clearing of financial products denominated in euros after Brexit.

London, a global financial centre, currently dominates the market in clearing, a process of matching buyers and sellers to reduce costs and risks in complex financial transactions, through the use of clearing houses.

The issue of who should control the clearing market has been hotly contested since the EU referendum a year ago,

Meanwhile, Xavier Rolet, chief executive of the London Stock Exchange, had earlier warned that 100,000 jobs across the UK were at risk if the city loses the ability to process euro-denominated transactions.

A report by the European commission earlier this month had proposed tougher regulation of ''systemically'' important amounts of trade being conducted by clearing houses outside the remaining 27 members of the EU, although it did not outright recommend the relocation of euro clearing post Brexit.

George Osborne, when he was UK's chancellor of the exchequer, had taken the matter to the court to fight an argument by the ECB that clearing houses – such as the LCH – should be based in the eurozone when they handle trades in euros.

In 2015, the general court of the EU had ruled that the ECB did not have the power to demand such a move.

Yet, the euro clearing issue remains one of many competitive threats to the City of London in the wake of the Brexit vote.