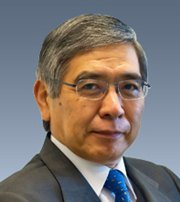 The Bank of Japan for the first time brought benchmark interest rate below zero per cent, in yet another move to beat deflationary pressures that threatened to stall economy amidst a slowing of global growth and market volatility.

Stock markets greeted the move and bonds rallied, but the yen got hammered after the BoJ said it would charge for a portion of bank reserves parked with it, an aggressive monetary policy followed by the European Central Bank (ECB).

The board of the Bank of Japan at its monetary policy meeting today decided to introduce ''quantitative and qualitative monetary easing (QQE) with a negative interest rate'' in order to achieve the price stability target of 2 per cent inflation at the earliest possible.

Going forward, the BoJ said it would pursue monetary easing by making full use of possible measures in terms of three dimensions - quantity, quality, and interest rate.

BoJ plans to adopt a three-tier system in which the outstanding balance of each financial institution's current account at the bank will be divided into three tiers, to each of which a positive interest rate, a zero interest rate, or a negative interest rate will be applied, respectively.

The central bank will carry out the Loan Support Program, the Funds-Supplying Operation to support financial institutions in disaster areas affected by the Great East Japan Earthquake, and the funds-supplying operations against pooled collateral at zero interest rates.

A negative interest rate of minus 0.1 per cent will be effective from the reserve maintenance period, which commences on 16 February 2016.

A multiple-tier system is intended to prevent an excessive decrease in financial institutions' earnings stemming from the implementation of negative interest rates that could weaken their functions as financial intermediaries.

Multiple-tier systems are adopted in countries where the size of negative interest rates is relatively large, including Switzerland (minus 0.75 per cent), Sweden (minus 1.1 per cent), and Denmark (minus 0.65 per cent).

The bank decided, by an 8-1 majority vote, to set the following guideline for money market operations for the intermeeting period:

Bank of Japan will conduct money market operations so that the monetary base will increase at an annual pace of about ¥80 trillion.

On the guidelines for asset purchases, the bank decided, by an 8-1 majority vote, to set the following guidelines:

The bank will continue with "QQE with a Negative Interest Rate," aiming to achieve the price stability target of 2 per cent, as long as it is necessary for maintaining that target in a stable manner. It will examine risks to economic activity and prices, and take additional easing measures in terms of three dimensions - quantity, quality, and interest rate - if it is judged necessary for achieving the price stability target.

BoJ said it will not set a lower bound for yields on its JGB purchases. Thus, the bank can carry out outright purchases of JGBs with negative yields lower than minus 0.1 per cent.

In addition to the current programme of ETF purchases, the bank will commence purchasing ETFs under a new programme from April 2016 at an annual pace of about 300 billion yen, as was decided at the monetary policy meeting on 17 and 18 December 2015.

Under this new programme, BoJ will purchase ETFs composed of stocks issued by firms that are proactively investing in physical and human capital.

BoJ feels the Japan's economy has continued to recover moderately, with a virtuous cycle from income to spending operating in both the household and corporate sectors, and the underlying trend in inflation has been rising steadily.

Recently, however, global financial markets have been volatile against the backdrop of the further decline in crude oil prices and uncertainty such as over future developments in emerging and commodity-exporting economies, particularly the Chinese economy.

For these reasons, there is an increasing risk that an improvement in the business confidence of Japanese firms and conversion of the deflationary mindset might be delayed and that the underlying trend in inflation might be negatively affected.

To preempt the manifestation of this risk and to maintain momentum toward achieving the price stability target of 2 per cent, the bank decided to introduce "QQE with a Negative Interest Rate." The bank will lower the short end of the yield curve by slashing its deposit rate on current accounts into negative territory and will exert further downward pressure on interest rates across the entire yield curve, in combination with large-scale purchases of JGBs.

In addition, this policy framework is designed to enable BoJ to pursue additional monetary easing in terms of three dimensions, combining a negative interest rate with quantity and quality. By making full use of "QQE with a Negative Interest Rate," the bank will achieve the price stability target of 2 per cent at the earliest possible time.