HSBC exposed US, India to terror funds: US senate panel

Global banking giant HSBC exposed the US and possibly India to terror funds by its failure to prevent money laundering by terrorists and drug cartels, investigations carried out by a permanent subcommittee of the US Senate has found. 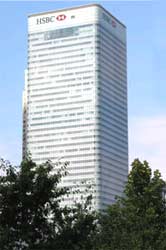 "HSBC used its US bank as a gateway into the US financial system for some HSBC affiliates around the world to provide US dollar services to clients while playing fast and loose with US banking rules," chairman of the subcommittee Senator Carl Levin said.

The report, released after Senate hearing, said the Mexican affiliate of HSBC transported $7 billion in dollar notes to HSB-US between 2007 and 2008.

The amount that far exceeded such fund transfers by any other Mexican banks, even twice its size, raised concerns that the volume of dollars included proceeds from illegal drug sales in the US.

London-based HSBC allowed affiliates in countries such as Mexico, Saudi Arabia and Bangladesh to move billions of dollars in suspect funds into the US without adequate controls, the senate subcommittee report pointed out.

HSBC had, in 2009, authorised its affiliate to supply Indian rupees to Saudi Arabia's Al Rajhi Bank, which has links with terrorists, the report said.