State Bank of India (SBI), the nation's largest lender, has reviewed its ATM usage policy, allowing any number of free transactions to those maintaining a minimum balance of Rs25,000 and avoiding branch visits for cash withdrawals. 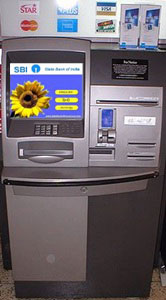 SBI will offer unlimited ATM transactions on its home ATM for customers who maintain a minimum balance of Rs25,000 in their account, in a month on an average.

For customers with a balance less than Rs25,000, SBI will allow only four free monthly transactions on its home ATMs, and restrict it to three free transactions on third-party ATMs.

The Reserve Bank of India (RBI) had, in August, said the number of free ATM transactions for savings bank account customers at other banks' ATMs would be reduced from the present 5 to 3 transactions per month (inclusive of both financial and non-financial transactions) at ATMs located in 6 metros.

A customer will be required to pay a fee of up to Rs20 for using ATMs beyond the permitted numbers of transactions in Delhi, Mumbai, Chennai, Bangalore, Kolkata and Hyderabad, it had said.

The new RBI directive on ATM usage would be applicable from 1 November 2014.

However, banks are free to offer any number of free transactions at other bank ATMs, if they so desire.

Banks are also free to decide on the combination for metro and non-metro locations of free transactions while adhering to minimum requirements, the RBI notification said.