Japan to fire up ADB to counter China-led AIIB 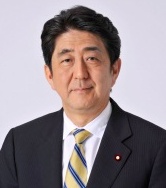 Japan has announced a ¥13-trillion ($110-billlion) infrastructure aid plan for Asia, in an apparent move to counter the $100-billion China-led Asian Infrastructure Investment Bank (AIIB), which is expected to become functional by the end of the year.

While speaking at an international conference in Tokyo, the Japanese prime minister Shinzo Abe said: ''In collaboration with the Asian Development Bank (ADB), Japan will provide Asia with a total of $110 billion funding for innovative infrastructure.''

''We should attract more diverse capital to Asia from around the world to change the region into the place where dynamic innovation comes into full bloom,'' he added.

The $110-billion aid for ''high-quality'' infrastructure development in Asia is about 30 per cent higher than the current funding levels.

''Asia has a voracious infrastructure demand, reaching as much as ¥100 trillion ($826 billion) annually," Abe said.

''We should seek 'quality as well as quantity.  Pursuing both is perfectly suited to Asia," he added.

Abe also stressed on Japan's focus on quality and plans to provide advanced technologies, such as energy systems, high-speed trains and electric vehicles.

Over the five-year period, Japan also plans to provide aid to train 8,000 people in the health and medical fields in ASEAN countries, as well as 5,000 people in energy field across Asia.

Japan, the world's third-largest economy, has been concerned about the rising influence of China, the second-biggest economy, having its involvement in two newest initiatives in the Asian region, the AIIB and the New Development Bank (NDB) founded by the BRICS members and led by India in its first five-year term (See: ICICI Bank's KV Kamath to head BRICS's New Development Bank).

The AIIB and the NDB are expected to act as counterweights to the Western-dominated financial institutions the International Monetary Fund (IMF), the World Bank and the Japan-dominated ADB.

It is expected that AIIB will be fully established by the end of the year, while NDB is likely to become operational next year.

According to analysts, the rival efforts by the two countries will be a boon for Asian nations, which face huge infrastructure shortfalls. They believe that these funds won't be competing with each other but complementing each other.

So far, 57 countries have joined the AIIB as founding members including European heavyweights such as Germany, the UK, France and Italy.

Japan has sided with the US in not joining the initiative raising concerns over the standards of governess, environmental and social safeguards.

According to the ADB, the scale of financing is still nowhere close to the estimated $8 billion infrastructural requirement in the Asian region.

Separately, according to a media report yesterday, China will be the largest contributor in the AIIB with a 30.85-per cent stake, which is worked out based on the member's GDP weight in the world economy. That will be followed by India with a 10.4-per cent stake.

Two days ago, Japan posted a better-than-expected GDP growth of 0.6 per cent for the first quarter compared to the previous quarter, after crawling out of a brief recession with a 0.3-per cent expansion in the December quarter.

In annualised terms the growth was 2.4 per cent for the quarter driven by a stronger housing market, steady exports although consumer spending remained weak.