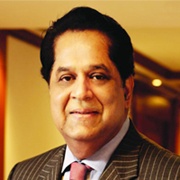 K V Kamath, non-executive chairman of ICICI Bank, will head the New Development Bank (formerly known as BRICS Development Bank), after the government today announced the selection of the veteran banker as president of the newly-constituted multilateral institution.

The founding nations of the New Development Bank - Brazil, Russia, India, China and South Africa (BRICS), a grouping of major emerging economies, at their summit in Brazil last year, had authorised India to nominate the first president of the $100-billion development bank.

Perhaps, his successful stint at another multilateral institution, the Asian Development Bank (ADB) and his track record as a development financier have helped Kamath clinch the top job at the BRICS bank.

Also, he is familiar with the economies of the region that include China, Indonesia, the Philippines and Thailand and has closely watched these countries create the right conditions for growth under a low-interest regime. In fact, he wanted to emulate those practices in India.

On his appointment as president of the Shanghai-based bank,Kamath will serve a five-year term and this could be crucial for India, which is looking for funds for investment in the infrastructure sector.

NDB will start with a capital base of $50 billion and soon double it to $100 billion. Over 34 per cent of the institution's funding is expected to be in the infrastructure segment.

Although he was less successful in replicating the Southeast Asian banking and financial market in India, Kamath, during his years in ICICI Bank (1996 to 2009), had undertaken some bold programmes like fund raising, expanding the scope of financial markets, funding middle-class consumption and facilitating globalisation of Indian corporates.

He was also instrumental in experimenting with new instruments like American Depository Receipts and long-term bonds that expanded the financial horizon for Indian corporate.

The NDB, along with the setting up of a $100 billion crisis fund by the BRICS to contain currency volatility, could act as counterweights to the International Monetary Fund (IMF) and the World Bank that are dominated by Western powers.