The annual India-Japan summit scheduled to be held in Guwahati between 15 and 17 December has been cancelled, in the wake of growing protests against the passage of the Citizenship Amendment Bill. 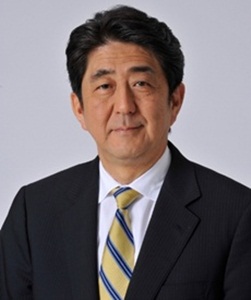 “With reference to the proposed visit of Japanese PM Shinzo Abe's visit to India, both sides have decided to defer the visit to a mutually convenient date in the near future,” Raveesh Kumar, official spokesperson of the ministry of external affairs said.
Earlier, Japanese media had reported that Tokyo was considering the cancellation of Abe’s planned visit for the annual summit with Indian Prime Minister Narendra Modi in view of the widespread protests at Guwahati, the planned venue for the summit.
This is the second round of cancellation of foreign visits in two days. On Thursday, foreign and home ministers of Bangladesh had cancelled India trips. Bangladesh foreign minister AK Abdul Momin also briefed the Japanese envoy to Bangladesh on Wednesday about the regional developments.
Abe’s visit was to follow the recently-concluded maiden India-Japan ‘2+2 Foreign and Defence Ministerial Meeting’ in New Delhi. Defence minister Rajnath Singh and external affairs minister S Jaishankar have had wide-ranging discussions — on bilateral and multilateral cooperation and also on regional and international security — with their Japanese counterparts, foreign affairs minister Motegi Toshimitsu and minister of defence Kono Taro.
The clear aim has been to look closely at the prospects for further deepening bilateral security and defence cooperation between the two nations.
India has a 2+2 dialogue only with the US, which started in September 2018, so far. While Japan’s contribution to India’s economic development has been steady, it’s been particularly strong in the heavy industry and infrastructure sectors. And as Japan opens up its defence sector, as envisaged in the 2018 National Defence Programme Guidelines (NDPG), there could be definite areas of cooperation in this sector too.
India’s participation in the just concluded maiden defence and security exhibition in Tokyo, where it was one of the few nations to have a booth, is an indicator of the increasing focus on this sector. Also, the recent past has seen bilateral military exercises — the ‘Dharma Guardian-2019’ (between the Indian Army and Japanese Ground Self Defence Forces), the ‘SHINYUU Maitri-2019’ (between Japanese Air Self Defence Force and the Indian Air Force) — and also the trilateral Malabar exercise by India, Japan and the US.
However, bilateral cooperation in defence manufacturing has been going at a slower pace.
It may be noted that the discussions on amphibious Shinmawya US-2 Aircraft, for instance, have been going on for quite a few years but there no signs of a deal yet. Reports indicate that Japan has agreed to undertake a third of the aircraft’s manufacture and this could be an important step towards boosting the ‘Make in India’ initiative.
Clearly, with the Japanese industry opening up to equipment manufacturing, there is great scopefor combining India’s competence in design, engineering and supply chain, with Japanese precision engineering.
Further, artificial intelligence (AI) and chip manufacturing could set the trend for cooperation in cyber security and possibly the whole gamut of equipment modernising, and enabling 5G secured connectivity.
MORE REPORTS