External affairs minister S Jaishankar on Thursday defended India’s decision not to sign the Regional Comprehensive Economic Partnership (RCEP) saying it was based on "clear-eyed calculation" of the costs of entering into a new arrangement – that a no-pact was better than a "bad agreement." 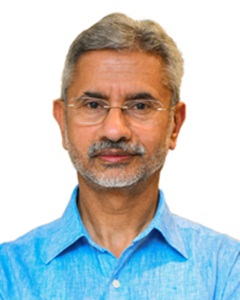 India had pulled out of the China-backed mega trade pact RCEP over unresolved "core concerns", with Prime Minister Narendra Modi saying in Bangkok the proposed deal would have an adverse impact on the lives and livelihoods of all Indians.
Faced with an extended economic downturn amidst an ongoing trade war with the United States, its biggest trading partner, China is increasingly looking at alternative outlets for its surging industrial output.
Jaishanker’s comments come as Prime Minister Narendra Modi and Chinese President Xi Jinping met on the sidelines of the BRICS summit in Brazilian capital, Brasilia, to discuss bilateral issues.
The external affairs minister was delivering the fourth Ramnath Goenka memorial lecture in New Delhi.
Jaishankar said India negotiated till the very end and then, knowing what was on offer, it took a call.
"And it was that no agreement at this time was better than a bad agreement. It is also important to recognise what the RCEP decision is not. It is not about stepping back from the 'Act East' policy, which in any case is deeply rooted in distant and contemporary history," he said.
"Our cooperation spans so many domains that this one decision does not really undermine the basics. Even in trade, India already has FTAs (free trade agreements) with 12 of the 15 RCEP partners. Nor is there really a connection with our Indo-Pacific approach, as that goes well beyond the RCEP membership," Jaishankar said.
There can be a legitimate debate on the merits of joining RCEP or any other FTA for that matter, but it should not be confused for grand strategy, he said.
"The recent debate about the RCEP offers lessons in foreign policy as much as in the trade domain. On the one hand, we should not go back to the old dogmas of economic autarky and import substitution. But at the same time, embracing the new dogma of globalisation without a cost-benefit analysis is equally dangerous," he said. "What we saw in Bangkok was a clear-eyed calculation of the gains and costs of entering a new arrangement."
The RCEP negotiations were launched by ASEAN leaders and six other countries during the 21st ASEAN Summit in Phnom Penh in November 2012. The objective of launching the negotiations was to achieve a modern, comprehensive, high-quality, and mutually beneficial economic partnership agreement among the ASEAN member states and its FTA partners.
During their meeting in Brasilia, both Prime Minister Narendra Modi and Chinese President Xi Jinping agreed on the importance of maintaining close dialogue on matters relating to trade and investment. President Xi thanked PM for India's substantial participation in the just concluded China Import Export Expo in Shanghai. The two leaders agreed that the new High Level Mechanism on Trade and Economy should meet at an early date.
The leaders reviewed preparations for celebrating the 70th anniversary of establishment of diplomatic relations between the two countries next year. They agreed that this will enhance people-to-people relations.
The leaders noted that the Special Representatives will have another meeting on matters relating to the Boundry Question and reiterated the importance of maintaining peace and security in the border areas.
The leaders also exchanged views on multilateral issues including WTO, BRICS and RCEP.
MORE REPORTS