RCEP pushed back to 2019 as consensus evades trade ministers

Trade ministers of 16 countries participating in the negotiators for a mega Asian trade deal have decided to push back the deadline for a free trade agreement to 2019 as they struggled to narrow differences and find balanced outcomes in the negotiations. 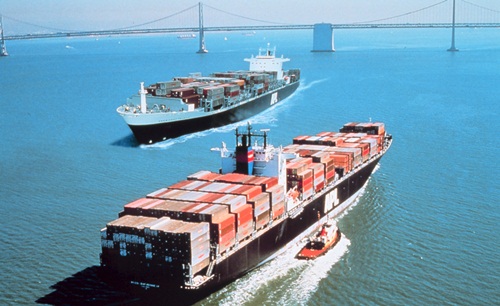 The deadline for the launch of the envisaged free trade area was extended as trade ministers could not agree on the terms of the agenda for the Regional Comprehensive Economic Partnership (RCEP) summit scheduled later this week, commerce ministry sources said.
Commerce minister Suresh Prabhu, who is currently in Singapore to attend the RCEP trade ministers’ meeting, welcomed members’ decision to defer the launch deadline.
For India, which has a trade deficit with ten out of 16 countries in negotiations, a delay in concluding negotiations, however, comes as a blessing in disguise.
The development comes as a relief to the Modi government that is struggling to build consensus within over joining the 16-member Asian free trade agreement, in the run-up to the general elections.
In fact, key industries and ministries like steel and textiles are vehemently opposing India’s entry into the 16-member club as they fear the country will be inundated with imported goods.
The Modi government could also be facing electoral backlash if it agreed to tariff concessions that RCEP entry requires.
While India may try to stagger negotiations on tariff concessions beyond the next elections to insulate it from industry and trade union protests that are likely to emanate from India joining the Asian free trade pact, it cannot go back from entering the RCEP.
“The future lies in RCEP,” Prabhu told reporters, saying “every country will benefit from it”.
RCEP negotiations has assumed urgency because of US President Donald Trump’s “America First” policy, which has led to a dilution of US commitment to trade multilateralism.
The ongoing trade tension between China and the US has provided the impetus for an early conclusion of the RCEP.
The trade ministers’ meeting will be followed by a summit of heads of governments from RECP member states in Singapore later this week to give a much-needed political push to the free trade negotiations. Prime Minister Narendra Modi is set to attend the summit.
RCEP will include ten ASEAN group members – Brunei, Cambodia, Indonesia, Malaysia, Myanmar, Singapore, Thailand, the Philippines, Laos and Vietnam – and their six free trade partners – India, China, Japan, South Korea, Australia and New Zealand.
India has a trade deficit with ten out of 16 countries in negotiations to ink the mega free trade pact.
According to government data, India’s trade deficit with seven countries – Indonesia, Thailand, China, Japan, Korea, Australia and New Zealand – increased in 2017-18 from the preceding fiscal.
The trade gap with China, Korea, Indonesia and Australia has increased to $63.12 billion, $11.96 billion, $12.47 billion and $10.16 billion in 2017-18. It was $51.11 billion, $8.34 billion, $9.94 billion and $8.19 billion respectively in 2016-17.
Currently, RCEP countries want India to commit duty cuts on at least 92 per cent of tariff lines, a demand that would cede too much ground to China.
India had proposed a three-tier tariff reduction plan. Countries that came under the third tier, which would include China, would only be offered 42.5 per cent liberalisation in tariffs.
However, India later withdrew its proposal under pressure from other countries, and hoping to gain on the services front.
Instead, India has now offered tariff liberalisation on 74 per cent of goods for China and a few other countries and up to 86 per cent for all other RCEP members.
In return for tariff liberalisation on goods, India has sought greater commitment from RCEP members on liberalisation of the services sector, especially easy movement of its professionals to other countries in the proposed trade bloc.
It has pushed for adopting ASEAN-Australia-New Zealand FTA as the template. However, its demand has failed to find traction with other RCEP members, resulting in a lowering of its ambitions.
Commerce minister Suresh Prabhu held bilateral meetings with his counterparts from Singapore, China, Japan and New Zealand on the sidelines of the RCEP. He discussed bilateral issues and progress in RCEP negotiations. He also had pull-aside meetings with trade ministers of South Korea, Indonesia, Cambodia, Malaysia, Australia and Philippines to discuss matters of mutual interest.
MORE REPORTS