After 20 rounds of border talks, India seems to have veered round to accepting China’s belt-and-road initiative, at least in newly-drafted project that involves connecting the northeastern states with Bangladesh’s Chittagong port. 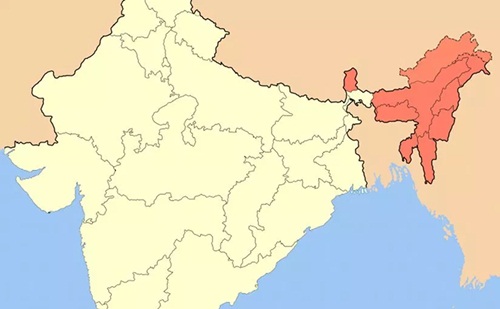 Cabinet ministers of three BJP-ruled states — Assam, Tripura and Nagaland — are currently in China looking for scope of cooperation between the two neighbours, especially in the eastern sector that is also key to India’s Look East policy.
India and China have so far held 20 rounds of special representative-level talks to resolve the dispute over the 3,488-km long Line of Actual Control. The next round of talks are due to be held between National Security Adviser Ajit Doval and Chinese foreign minister Wang Yi in the coming weeks.
Of late, there has also been a thaw in India-China relations, which had deteriorated after the Doklam stand-off and some other events in 2017, including the visit of Dalai Lama to Arunachal Pradesh and India’s critical stance on China’s Belt and Road Initiative.
The change in China’s attitude became evident this year when China informed India that it will resume military exchanges – one of the key takeaways from the Wuhan summit, according to the foreign ministry. Last month, a PLA delegation visited India with a reciprocal trip by Eastern Army Commander Lt Gen Abhay Krishna.
India, on the other hand, seemed to give Taiwan the status of a Chinese territory, when it changed the name from Taiwan to Chinese Taipei in Air India’s route map.
Foreign secretary Vijay Gokhale is reported to have told members of the parliamentary standing committee that India had in 1949 made a declaration making the “Ambassador of the “Republic of China” a persona non-grata. Gokhale stated this was an “irretrievable step”.
Gokhale also noted that the trajectory of India’s relationship with China, in terms of number of agreements, official presence or trade, has been moving upwards, although there has been no official agreement on it.
“So I would certainly say that within the policy parameters that the government of India has laid down, we are making efforts to ensure that in non-official ways and in terms of people-to-people relations and within the constraints of our policy, we will reach out and we are trying our best to ensure that contact takes place between Taiwan and India.”
While India has so far been reluctant to allow implementation of China’s Belt and Road Initiative across its borders, Ram Madhav of RSS said Chinese investments can be in consumer goods and products like batteries for e-bikes. He did not mention infrastructure development by the Chinese.
“Where there is mutually beneficial arrangement possible, there we’ll take them. Where there are concerns, we won’t allow many people there,” he said. Very little has so far been done to improve connectivity in the northeast.
“Southwest China can use the northeast as a hub to go to the Indian Ocean through Chittagong,” said Madav, who is in charge of BJP’s northeast affairs. Madhav said India is developing Bangladesh, Bhutan, India and Nepal as sub-regional hubs and even invited Chinese to use northeast to access the Indian Ocean through Chittagong.
The new plan involves moving goods from the northeast to Chittagong port instead of shipping them all the way from Mumbai and Chennai ports. “Right now, goods to northeast are taken by rail and road from Mumbai or Chennai through Kolkata to Guwahati,” he said.
MORE REPORTS