Covid-19: India set to take No 1 slot with near 1 lakh daily additions 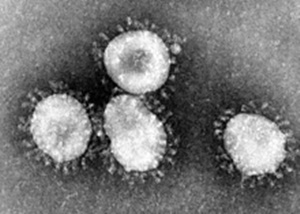 About 60 per cent of the new cases are from five states, with worst-hit Maharashtra alone accounting for more than 23,000 and Andhra Pradesh contributing more than 10,000.
Recoveries now stand at 34,71,783, including 72,939 rcoveries reported in the past 24 hours.
The total number of active cases in the country stands at 9,19,018, as on date.
The pandemic has so far taken a toll of 75,062, including 1,172 deaths reported in the past 24 hours.
India's daily tests for the coronavirus rose to 11,29,756 on Wednesday, taking the number of samples tested so far to 5,29,34,433.
More than 74 per cent of the total active cases are in 9 most affected states. Maharashtra, Karnataka and Andhra Pradesh contribute 49 per cent of total active cases. Maharashtra is leading this tally with more than 2,50,000 whereas Karnataka and Andhra Pradesh follow with more than 97,000 each.
About 32 per cent of deaths reported yesterday are from Maharashtra with 380 deaths followed by Karnataka with 128 deaths, and Tamil Nadu with 78 deaths.
Of the total deaths, 69 per cent are concentrated in five states/union territories, including Maharashtra, Tamil Nadu, Karnataka, Delhi and Andhra Pradesh.
India has been reporting the highest number of daily coronavirus cases in the world for nearly a month, according to the World Health Organisation data.
India's Covid-19 tally had crossed the 2 million mark on 7 August it went past 3 million on 23 August and 4 million on 5 September.
India is the second worst hit nation after the United States and looks set to beat US as well with daily additions nearing 1 lakh per day.
US has over 6.36 million cases, around 1.9 million more infections than India at present.
Meanwhile, the nation seems to be too far from a deterrent for the pandemic after the Serum Institute of India, which is manufacturing the Oxford University's Covishield vaccine was forced to postpone phase 3 clinical trials after foreign trials of the vaccine halted following adverse results found in one candidate.
Serum Institute decided to call off trials after the country's drug controller DGCI issued a showcause notice for continuing with the trials despite reported setbacks.
MORE REPORTS