The centre proposes to invest Rs1,500 crore on farmer cooperatives as part of its initiatives to bring about a massive shift in the way agriculture produce is marketed. This is part of the government’s strategy to ensure reasonable income to farmers so as to double farmers’ income by 2022. 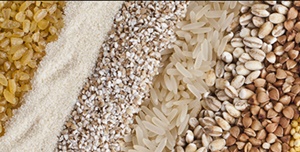 The government will soon register 10,000 new Farmer Producer Organisations (FPOs) in order to promote cooperative farming, union minister for agriculture and farmers’ welfare, rural development and panchayati raj, Narendra Singh Tomar, has said.
Addressing the 91st annual general meeting of the ICAR Society in New Delhi on Thursday, the minister said budgetary provision has been made to provide each FPO a sum of Rs15 lakh for all farming related activities, ranging from sowing, harvesting to distribution and marketing.
Tomar, who is also president of the ICAR Society, said under the directions of the Prime Minister Narendra Modi, an ambitious nationwide scheme has been launched to vaccinate 530 million cattle and goats under mission mode. Besides, a target has been set for doubling of fisheries harvesting and export and milk production, he said.
The minister also called for wider dissemination of government schemes so that the benefits percolate down to the lowest level among the farmers. For instance, under the Pradhan Mantri Fasal Bima Yojana (PMFBY), he said, there were apprehensions that Insurance companies gained more than the farmers, besides reports of malpractices at lower level during inspection.
With a view to alleviating such concerns, the crop insurance scheme has been made voluntary now while also keeping the premium unchanged, ie, between one-and-a-half per cent to 2 per cent - he said. Tomar said 58 per cent of those who availed PMFBY crop cover were farmers who had availed crop loans. However, the fact is, as against the total sum of Rs13,000 crore premium collected by insurance companies, a total of Rs58,000 crore Insurance benefits have been paid to farmers, he added.
Tomar said agriculture is among the sectors accorded top priority by the prime minister. The challenge is to strengthen agriculture and rural economy, increase production and productivity, make farming a profitable venture and raise farmers and rural incomes. The prime minister has set the target of doubling farmers’ income by 2022, added Tomar.
Speaking on the occasion, union minister of commerce and industry and railways, Piyush Goyal called for synergy between the various R&D institutions under the Indian Council of Agricultural Research (ICAR), Council of Scientific and Industrial Research (CSIR) and Defence Research and Development Organisation (DRDO), Universities and academia, PSUs and Industry so that the huge investments being made by each of them yields bigger returns.
The prime minister has set a goal of making India a $5 trillion economy in five years, said Goyal, adding agricultural output and productivity will be a big factor towards achieving the goal. More R&D in agriculture, timely availability of farm credit, mechanised farming and automation will be critical to boost rural economy, he added.
Goyal also called upon agricultural scientists to work towards a stage when our agriculture breaks free of the vagaries of nature. He said the Kisan Rail has been announced in this year’s budget and the train with frozen containers will be a big step in transportation and marketing of agri produce.
MORE REPORTS