Over 50% of adolescents in India are malnourished: Unicef

Almost all adolescents in India take unhealthy or poor diets leading to one or the other form of malnutrition in them, revealed a Unicef report released on Thursday in association with NITI Aayog. Over 50 per cent of adolescents (about 63 million girls and 81 million boys) in the age group of 10 to 19 years in India are, short, thin, overweight or obese, according to the report. 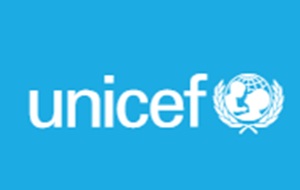 Over 80 per cent of adolescents in India also suffer from ‘hidden hunger’, ie, the deficiency of one or more micronutrients such as iron, folate, zinc, vitamin A, vitamin B12 and vitamin D, it said.
The report, ‘Adolescents, Diets and Nutrition: Growing Well in a Changing World’, is based on the recently released Comprehensive National Nutrition Survey (CNNS).
The CNNS data set provides new insights into all types of macronutrient and micronutrient malnutrition, dietary habits, life skill behaviours, access to services (school, health and nutrition) and physical activity throughout adolescence (10-19 years) for both girls and boys.
“Fruits and eggs are consumed daily by less than 10 per cent of boys and girls. Over 25 per cent of adolescents reported no consumption of green leafy vegetables even once a week. Milk products are consumed by only 50 per cent per cent of adolescents daily," the report said.
The report says that growing incomes and increased spending on food have translated to greater consumption of fried foods, junk foods, sweets and aerated drinks by 10 to 19-year-olds in every Indian state, pushing the new generation to increased risk of diabetes and heart disease.
Adolescent girls especially suffer multiple nutritional deprivations while more girls suffer from shortness than boys, according to the report. Anaemia affects 40 per cent of adolescent girls, compared to 18 per cent of boys, and worsens as they get older.
The report stated that focusing on adolescent girls, before they become mothers, is critical to break India’s intergenerational cycle of malnutrition.
In addition to the nutritional status of adolescents, the report also reveals that government nutritional schemes are not reaching the adolescents. “Nearly 25 per cent of girls and boys do not receive any of the four school-based services (mid-day meal, biannual health check-ups, biannual deworming and weekly iron folic acid supplementation). Addressing this gap will be critical to addressing early adolescent nutrition issues," says the report.
According to the report, physical activity is also missing amongst the adolescents. “All girls and boys are unable to meet the 60 minutes per day recommended outdoor sports and exercise time. On an average, girls in late adolescence spend only 10 minutes per day on such activities. Boys do relatively better, with exercise time of 40 to 50 minutes per day," the report said.
“We must take action where adolescent children spend most of their time — on school premises. For example, this means moving from a cereal-based mid-day meal in schools, to meals that are more nutrient-dense. In addition to iron and folic-acid supplementation, we need to do more to provide diets balanced with proteins and adequate calories. As consumption of fruits and vegetables among adolescents remains poor, providing nutrition counseling for young people to make the right food choices is one critical step we can take. We also call for legislation to regulate the marketing of unhealthy foods in school premises — marketing that often leads young people into making poor food choices," Henrietta H Fore, Unicef executive director, said.
“We must work with academia to tap into the growing expertise in nutrition, diets and agriculture. We call for more private sector investment and engagement in adolescent nutrition," said Fore.
Rajiv Kumar, vice-chairman of the NITI Aayog, said behavioural change is very crucial for dealing with malnutrition. He said NITI Aayog is closely working with converging ministries through Poshan Abhiyan to tackle malnutrition.
NITI Aayog CEO Amitabh Kant said the government has working towards tackling malnutrition through a number of programmes but they have not given the desired results.
"This is largely because we have not been able to bring the level of convergence, the extent of integration across a vast range of departments that work towards providing nutrition," Kant said.
MORE REPORTS