In an effort to boost the flagging Indian economy, the government on Wednesday relaxed norms for foreign direct investment in several sectors including single brand retail, manufacturing sector and the digital media. The latest government’s decision is in line with the budget announcements on FDI changes announced by Finance Minister Nirmala Sitharaman in the Union budget. 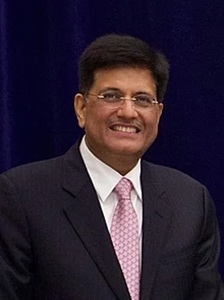 The steps announced on Wednesday include 100-per cent FDI under automatic route in contract manufacturing, commercial coal mining and related processing infrastructure, and investor-friendly policies like 30 per cent sourcing from India for single brand retailers, Union Minister Piyush Goyal said after a meeting of the union cabinet on Wednesday evening.
The government has also set an FDI cap at 26 per cent for digital news media, which till now was not covered under any foreign investment rules. Digital media companies with more than 26 per cent FDI will now be required to bring down their foreign equity level.
“There’s a slowdown in the FDI situation worldwide. Even in this situation, we hope India maintains its pre-eminent position after these announcements,” Goyal told the media after the cabinet meeting. Stating that investors now want to open manufacturing centres globally, Goyal said, ‘’They are looking at India to make products for the Indian markets as well as for exports. We have till now focused on those that retail in India, but the country gets a double advantage when investors export from India.’’
The cabinet committee headed by Prime Minister Narendra Modi also decided to remove the five-year cap on exports which will allow manufacturers to export goods made in India. All procurements made from India by the single brand retail entity for the brand shall be counted as local sourcing. In case of single and multi-brand retail, companies will also now be able to ‘start online retailing before establishing a brick and mortar store’, Goyal added.
Claiming that the country had received the largest FDI inflows during the last financial year, Mr Goyal said the government’s decision to ease and simplify norms will boost employment. "We see an opportunity to make India a manufacturing hub," the minister said.
MORE REPORTS