India recorded the highest growth rate in average real wages in South Asia during the 10-year period between 2008 and 2017, according to a report by the International Labour Organisation (ILO). 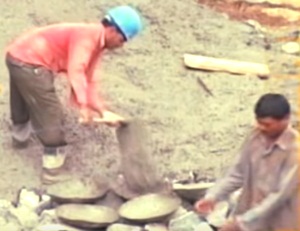 Global wage grew by 1.8 per cent in 2017, down from 2.4 per cent in 2016 and the slowest rate since the global financial crisis in 2008, the ILO said in its two-yearly Global Wage Report, released on Monday.
“What is now widely recognised is that slow wage growth has become an obstacle to achieving sustainable economic growth,” ILO director-general Guy Ryder wrote in the report.
In the past 20 years, average real wages have almost tripled in emerging and developing G20 countries, but they have risen by only 9 per cent in advanced G20 countries, the ILO said.
In South Asia, India led the average real wage growth in 2008–17 at 5.5 against a regional median of 3.7. India was followed by Nepal (4.7), Sri Lanka (4), Bangladesh (3.4), Pakistan (1.8) and Iran (0.4).
This is in line with the comparatively rapid pace of economic growth India has been maintaining over the years.
Workers in Asia and the Pacific enjoyed the highest real wage growth among all regions over the period 2006–17, with countries such as China, India, Thailand and Viet Nam leading the way, the Global Wage Report 2018-19 said.
The report said that all emerging G20 countries except Mexico experienced significant positive growth in average real wages between 2008 and 2017.
“Wage growth continues in Saudi Arabia, India and Indonesia, whereas in Turkey it declined to around 1 per cent in 2017,” it said adding that South Africa and Brazil have experienced positive wage growth starting from 2016 after a phase of mostly zero growth during the period 2012–16, with negative growth in Brazil during 2015–16.
Russia suffered a significant drop in wage growth in 2015, again owing to the decline in oil prices, but has since then bounced back with moderate though positive wage growth. It also noted that a number of countries have recently undertaken measures to strengthen their minimum wage with a view to providing more adequate labour protection.
South Africa announced the introduction of a national minimum wage in 2018, while lawmakers in India are examining the possibility of extending the legal coverage of the current minimum wage from workers in ‘scheduled’ occupations to all wage employees in the country, it said.
In analyzing wage growth, the report finds that in advanced G20 countries real wage growth declined from 0.9 per cent in 2016 to 0.4 per cent in 2017. By contrast, in emerging and developing G20 countries, real wage growth fluctuated between 4.9 per cent in 2016 and 4.3 per cent in 2017.
“It’s puzzling that in high-income economies we see slow wage growth alongside a recovery in GDP growth and falling unemployment. And early indications suggest that slow wage growth continues in 2018,” said ILO Director-General Guy Ryder. “Such stagnating wages are an obstacle to economic growth and rising living standards. Countries should explore, with their social partners, ways to achieve socially and economically sustainable wage growth.”
In the last 20 years, average real wages have almost tripled in emerging and developing G20 countries, while in advanced G20 countries they have increased by just 9 per cent, the report shows. But, in many low- and middle-income economies, wage inequality remains high and wages are frequently insufficient to cover the needs of workers and their families.
MORE REPORTS