The Supreme Court in a landmark judgment partially struck down Section 377 of the Criminal Procedure Code (CrPC) that criminalised homosexuality. 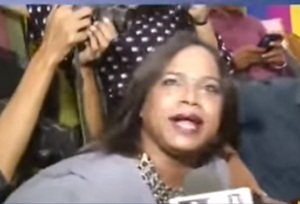 A five-judge Constitution bench of the Supreme Court today unanimously pronounced the verdict striking down part Section 377 of the 158-year-old law which criminalised consensual unnatural sex.
A bench headed by Chief Justice of India Dipak Misra comprising Rohinton Nariman, A M Khanwilkar, D Y Chandrachud and Indu Malhotra pronounced the verdict.
While pronouncing the verdict, CJI Misra said, "Sans identity the name only remains a plain factor. Emphasis is laid on the identity of a person. The sustenance of identity is the pillar of life."
"I am what I am so take me as I am. No one can escape who they are,” said CJI.
Calling the Section 377 irrational and arbitrary, the CJI also said that the LGBTQ community enjoys same rights as other citizens under the Constitution.
The apex court also said that the judgment will be considered in all pending prosecutions.
"Denial of self-expression is like death. Social morality cannot violate the rights of even one single individual. Sexual orientation is natural and people have no control on it," Misra added.
He also said that any discrimination on basis of sexual orientation amounts to a violation of fundamental rights.
The apex court, however, said other aspects of Section 377 of IPC dealing with unnatural sex with animals and children shall remain in force.
Justice Nariman in his concurring judgements said that homosexuality was not a mental disorder or a disease.
"Persons who are homosexual have a fundamental right to live with dignity," Nariman said.
"Centre must give wide publicity of its verdict to put to end the social stigma associated with homosexuality," he added.
Saying that individual liberty is the soul of the constitution, Justice DY Chandrachud observed, "Section 377 is a colonial legacy and it continued in the law book even after independence."
Justice Indu Malhotra, in her judgement, said, "LGBT deserves protection of law and not punishment."
"Society owes an apology to the LGBTQ community for the years of stigma imposed on them and being denied equal rights," she added.
The apex court also said that the above verdict is just the first step in decriminalising the Section 377.
Section 377 refers to 'unnatural offences' and says whoever voluntarily has carnal intercourse against the order of nature with any man, woman or animal shall be punished with imprisonment for life, or with imprisonment of either description for a term which may extend to 10 years, and shall also be liable to pay a fine.
The historic judgement came on a batch of writ petitions filed by dancer Navtej Jauhar, journalist Sunil Mehra, chef Ritu Dalmia, hoteliers Aman Nath and Keshav Suri and business executive Ayesha Kapur and 20 former and current students of the IITs.
They had sought decriminalisation of consensual sex between two consenting adults of the same sex by declaring Section 377 illegal and unconstitutional.
The issue was first raised by the NGO, Naaz Foundation, which approached the Delhi High Court in 2001.
The Delhi High Court had in 2009 decriminalised sex between consenting adults of the same gender by holding the penal provision as "illegal".
This high court judgement was overturned in 2013 by the apex court which also dismissed the review plea against which the curative petitions were filed which are pending.
The writ petitions were opposed by Apostolic Alliance of Churches and Utkal Christian Association and some other NGOs and individuals, including Suresh Kumar Kaushal.
India now is among the group of countries that includes as Australia, The Netherlands, US, Belgium, Canada, Spain, South Africa, Norway, Sweden, Iceland, Portugal, Argentina, Denmark, Uruguay, France, Brazil, England, Scotland, Finland, Luxembourg, Ireland, Greenland, Columbia, New Zealand, Germany and Malta, where gay sex is legal.
MORE REPORTS