No-trust vote: Opposition numbers do not stack up

The opposition sponsored motion of no confidence against Prime Minister Narendra Modi government got underway on Friday. 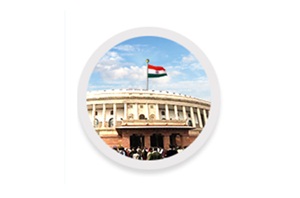 Telugu Desam Party (TDP) initiated the debate on the no-confidence motion against the Narendra Modi-led government raising the issue of the centre’s reluctance to give Andhra Pradesh 'special status'.
Telugu Desam Party (TDP)'s Jayadev Galla initiated the debate at 11 am in the Lok Sabha on the first no-confidence motion against the government in 15 years, at 11 am.
Galla was asked by party chief N Chandrababu Naidu to open the debate even though the motion was originally moved by Kesineni Srinivas on Wednesday.
Jayadev Galla's party was allotted 13 minutes, but after covering that time, he insisted that he needed half-an-hour more.
The 52-year-old foreign-educated lawmaker from Guntur is a multi-millionaire industrialist. A first-time parliamentarian, he is the managing director of Amara Raja Group and has been counted among India's best CEOs. He is married to Padmavathi, the daughter of a Telugu filmstar.
As he contested his first election in 2014, Galla declared wealth worth over Rs. 680 crore. His attendance in parliament has been 84 per cent and he is known to be among the most articulate MPs.
NDA partners like the Shiv Sena, although critical of BJP, however, decided to close ranks and vote against the no-confidence move. Others like the AIADMK, TRS and the BJD are also likely to abstain from voting, still reducing opposition numbers.
Shiv Sena chief Uddhav Thackeray has asked his party MPs to remain in Delhi, but the final decision as to if the party will support the Modi government against the Opposition’s no-confidence motion will be taken on Friday, a Sena functionary said on Thursday night.
Earlier in the day, a whip issued by the Sena had asked all MPs to support the NDA government.
The ruling party, which has its full corum in Parliament today, is likely to get nearly 350 ‘ayes’ if the vote goes through in the evening. The opposition has 154 members.
Opposition parties, which hope to ‘expose’ the ruling government, appear to have fallen into a political trap by moving this motion as defeat is certain. The debate preceding the vote has just given Prime Minister Narendra Modi the opportunity to kickstart the BJP’s 2019 election campaign.
A senior Congress leader indicated that if the motion ended up being “a battle of rhetoric between Modi and Rahul, then one knows who is the better orator”.
In the Lok Sabha, however, MPs belonging to Odisha's Biju Janata Dal walked out as soon as the debate began. They later said this move should not be seen as an attempt to "help the BJP government". The majority mark fell to 258.
The Shiv Sena also decided not to attend Parliament today. "We are with the BJP today, can't say about tomorrow," the Sena said. Majority mark fell further to 249.
Initiating the debate, TDP's Jayadev Galla said Andhra Pradesh was divided in 2014 in an undemocratic way, by bulldozing Parliament. "Andhra Pradesh was burdened by huge revenue deficit, a mammoth loan. AP has very few sources of revenue generation. Telangana was already a state. AP is a new state, but has got less funds. AP has been the loser in all aspects, it is languishing at all fronts despite talent," Galla said. "You raised the expectations of the people of AP only to shatter them. The BJP will be decimated in Andhra like the Congress was. This is not a threat, but a shraap," he added.
BJP's Rakesh Singh who spoke next said, "Our enthusiasm to develop the country has not dimmed. It is on in full steam," he said. Singh refuted the charges brought Jayadev Galla and said he was projecting the Congress' failure on Andhra Pradesh on the BJP. "Gallaji said he was giving us a shraap. But he is shraapit today as he stands with the Congress.”
Congress president Rahul Gandhi sought to bare government's "lies and jumlas" on employment, demonetisation, the GST etc. “You are the victim of a 21st-century political weapon and you are not the only one. The political weapon is called 'jumla strike'. Its victims are farmers, youth, Dalits, tribals and women,” he said.
He also accused the government of making a secrecy pact with France on Rafale deal.
Trinamul Congress' Sougata Roy said the Prime Minister has become a "travelling salesman". He questioned why Modi had visited Bengal, not talked about the state's achievements but spoke about the state's syndicate.
MORE REPORTS