There has been a growing trend of a handful of rich and powerful people grabbing national resources for personal profit. Laws have been bent and broken, the political system corrupted, and the common people’s interests thrown to the winds. Yogi Aggarwal’s book, Plunder of the Commons, goes into great detail to describe the plunder, says Kiron Kasbekar 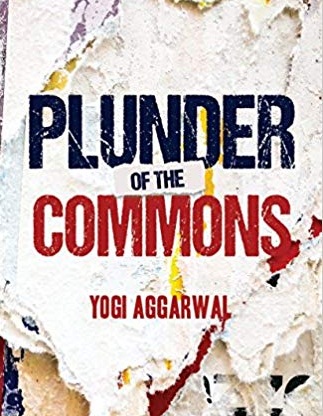 The word ‘commons’, as we studied in economic history and the economic history of England, was the word used for village land that did not belong to any one family. While families had their farms, which were usually fenced off or demarcated, and others could not enter those lands, there were open grassy meadows and forest lands that belonged to the entire village community in common, and any villager could take his cattle or sheep to graze on that land, or could collect fruits from the trees.

India too has had a similar practice. The commons were always considered to have belonged to the village. That has been changing, and industry has encroached upon the commons, depriving villagers of a vital resource.
The notion of commons is not so clear in cities; but good city planning has always included common spaces, such as parks and beachside promenades, which all citizens, poor as well as rich, can use for recreation. To get a breath of fresh air, to get some exercise. As with villages, these spaces are being violated.
These are the issues Yogi Aggarwal’s well-researched book, Plunder of the Commons, addresses.
Before we plunge into the book’s pages, I believe we must differentiate between renewable resources and non-renewable resources. Let’s consider these – land, water, and air. You could add telecom bandwidth to the list, though its nature is very different.
Finite resources
Land, water and air are finite resources. If someone buys land, it cannot be used by others, and that applies to water bodies and air too, in a sense. In the sense that if you draw water from a body of water, it depletes the water there, and may deprive people previously dependent on it, and cause hardship. With air, if you pollute it, you deprive people of the right to breathe clean air.
A certain level of air pollution has come to be accepted, the kind caused by petrol- and diesel-consuming vehicles, and the regulations on these have become stricter, but the problem is getting worse, and will continue to worsen until the government builds a strong public transport system or our work and life are so rearranged that we can walk, or cycle, to work and back.
But before I say anything about any of these, let me talk of telecom, which uses the fourth element (let’s call it ‘ether’ for convenience), which is not an unlimited resource, but is not finite in the way land and water are.
It’s surprising that in spite of the fact that government policies in telecom have dramatically changed the way we work and interact with one another, mostly for the good, the telecom licensing issue has invited more derision, ridicule and anger than praise. There were questions of propriety and corruption, which are, unfortunately endemic to the country.
Let’s not dwell on corruption here because the subject under discussion is not corruption but the use of common resources for private or public good. I mean you could have gross misuse and plunder of common resources without a single bribe being paid, and could still be very, very wrong.
Telecom licences
Telecom bandwidth, I would argue, is different from the other common resources. It is like rainwater west of the Western Ghats flowing into streams and running out into the sea – completely wasted. If you do not use it, it is gone. Nobody benefits. So there are two ways you can look at telecom pricing.
One: The government can say we are handing over bandwidth to private companies, which will make profits from it, so let’s price it as high as possible through auctions – never mind the cost to the user (users will simply have to pay a high price if they want to use the service; and to hell with those who cannot pay).
Two: The other is to not price it so high and allow bidders to acquire bandwidth at relatively lower prices, with the assumption that competition and  lower prices will help drive telecom rates down so that the vast majority of people in the country can benefit.
The UPA government decided to encourage low prices for mobile telecom services so that the services could be used by the maximum number of people in the country, including the poor. Hence it priced the bandwidth low, even if that implied a lower immediate gain for the government. Competition would ensure that the service providers would keep prices low. In fact, intense competition among the service providers has resulted in really low prices for telephony in India. And that has brought huge benefits to the economy. 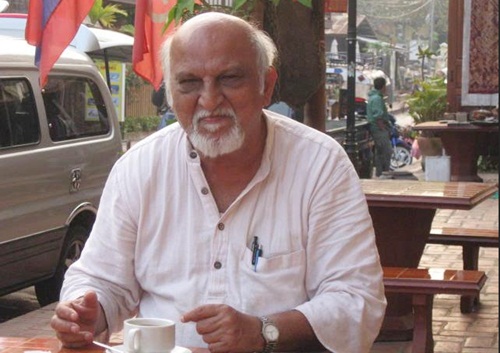 As Aggarwal points out in his book, "India’s mobile phones shot up from 5 million in 2001 to 57 million by 2005, to 261 million by 2008, and 907 million in 2012"!
He adds: "The fact that mobile phones were owned by three-fourths of the people in the country, and their low-cost use constituted a tremendous addition to the infrastructural capability, and to the productive use of people’s time and energy, especially in the service or household areas." And I’d say it has brought huge efficiencies in organizations and businesses. And that is good news for the economy.
I remember the time when most people did not have phones, and it took days to get things done. You had to send telegrams to people, or send postcards, and then wait for a reply – and that can now be done with a simple phone call across India on your mobile. So, while this is where Aggarwal goes wrong. You can’t have all these benefits and then say it is a ‘plunder of the commons’. The low pricing has benefited the country in a big way.
Compare this with other cases he narrates, for example, the mining scam, where one man benefited at the cost of everybody else – the story is very different when you consider the other resources (land and the minerals in the land, water, and air).
Water and air are renewable or commonly available resources. Populations in different parts of the country have depended for their lives on the availability of water for drinking, cooking, washing and irrigation. When an industrial enterprise enters the scene and either uses up the water or pollutes it with chemicals, it deprives the people of this absolutely vital resource. This applies to air too. When companies pollute the air, they spread disease.
This happens with the unthinking use of land, on which companies build industrial plants and pollute everything around them and cause disease and hardship. So, even where the land is available in plenty, the way in which it is used causes problems to the people of the area.

The other issue with land is the depletion of precious resources. All kinds of minerals like iron ores and coal are taken out of the land at low prices, after denuding forests and digging out the fertile topsoil and creating mountains of dumped rubble, which also results in metals and chemicals in the rubble leaching into the soil and seeping into the rivers and lakes, making the water unusable by the local people, what is left of it after the companies have used it for their industrial plants.
The story of Bellary, which Aggarwal examines, is an absolute scandal. The Reddy brothers, who, incidentally, became a part of the BJP government in Karnataka, forced miners in the area to pay them an illegal charge. Those who refused to pay were denied permits to transport the ore. The Justice Santosh Hegde report referred to how the Reddy brothers ran the entire area like a ‘Republic of Bellary’.
The companies are supposed to restore the land to its previous state before they dug it up, and this is followed in other countries; but not in India. Here it is loot and scoot! And when you have political loot from the mining, whatever money might have been used to restore the environment is pocketed by the corrupt and criminal politicians.
The other problem is that much of the mining is done to sell the ore to manufacturers in India and abroad at dirt-cheap prices, when the country needs to have a policy of extracting some of the ore and leaving most of it in the ground for future generations to use.

Aggarwal also discusses how huge tracts of land were handed over to business groups such as the Adanis and Ambanis for a pittance, in the first case for building private ports, and in the second case for export zones that never materialized. He goes into a fair amount of detail here.
Sadly, land in big cities too has been misused. City after city has handed over land to builders to turn a profit at the cost of the public good. It’s not simply a question of bribes. It is a question of destroying the urban environment. This is so stark in Mumbai, where the road space has been shrinking in relation to the population in the high-rises that have come up. And cities like Pune or Bengaluru, which were more open and less crowded have traveled the same route as Mumbai. There were a kind of commons in the cities too – the gardens and parks, the green areas. These green areas have shrunk to tiny patches, leaving citizens with no facility for rest and recreation.
I don’t know when and where all this is going to end. And how. One thing lacking in Aggarwal’s book is the solution. Or have I missed it? It’s easier, of course, to demand a solution, than to propose one, except a general one, that strong action must be taken to punish corruption in a time-bound manner. It might be a good idea for Aggarwal, or someone else, to prepare a kind of memorandum listing everything that needs to be done to root out these evils.
But I guess if we all begin to get more concerned about the problem, we will come together and find a solution. Otherwise I shudder to think what will happen to the generations that come after us.
In sum, Aggarwal has done an excellent job, covering a large number of issues, and providing detailed information on them, and I would certainly recommend this book to every concerned citizen to read, and to encourage others to read it.
MORE REPORTS